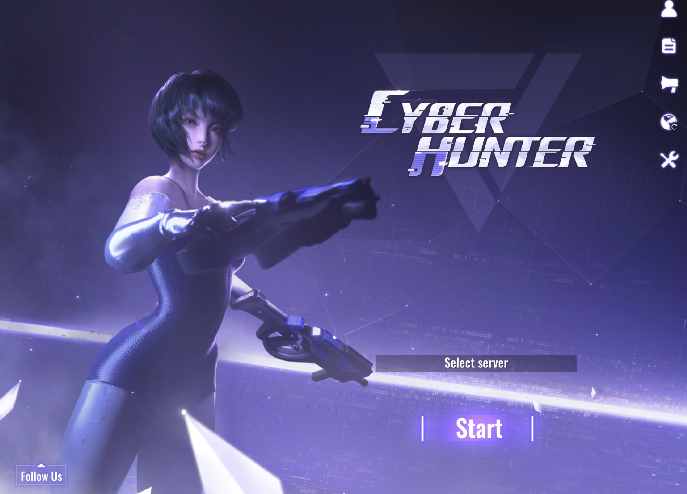 “An Open Letter to All Wanderers

We are the Cyber Hunter development team. First of all, please allow us to introduce our game.

Cyber Hunter is a next-generation, competitive sandbox mobile game. It’s packed with a host of different elements, including survival, shooting, exploration, skills and much more, even including parkour! In short, it’s a brand new gaming experience. The game tells the story of our future after brain-computer interfacing technology has become highly advanced and human civilization has experienced another evolutionary leap, during which, great events have begun to unfold. Justice faces off against evil. The old stands against the new. And forces of conservatism clash with radicalism.

In this virtual world, all our heroes and heroines have acquired a “superpower” through the help of quantum droids – the ability to turn quantum cube energy into any tactical support device they need. From Optical Camouflage to Quantum Barriers, from a detector that alerts you of approaching enemies, to a medical instrument that heals squad mates; anything and everything can be built, by you, and that’s not all. You can choose whatever skills you think will help your strategy the most in any battle.“

Battle Royale games excite the hell out of me, and honestly, Cyber Hunter looked absolutely awesome when I found it in the app store. I was blown away by the visuals, hoping that they would match up in the game. Let’s see what I thought of Cyber Hunter…

As you enter the game, you’re able to choose from two characters, and then you get to customize them in detail – from how their eyebrows are raised to the color of their hair. I gave my character space buns and an army outfit as I thought it looked cute. Once your character has been created, you’re thrown into a tutorial that lasts a good 10 minutes – no joke. It did get a little frustrating after a while because I just wanted to start playing. You learn the basics like how to move, how to shoot and how to jump. On top of that, you also learn how to climb, how to heal yourself and how to pick up guns.

After the tutorial, you get to play a real game with bots and of course, like most Battle Royale games, it has the same concept: be the last man standing to win. I really enjoyed the gameplay and loved the sci-fi feel to it compared to PUBG Mobile and Fortnite.

The graphics are just amazing and was the thing that attracted me to Cyber Hunter in the first place. They’re extremely detailed, bright, colorful and run very smoothly. Despite being such a jam-packed game, it didn’t crash at any point and didn’t lag either. I’d say that’s a pretty damn good thing as sometimes devices can’t take large games.

The only music you will hear in the game is when you’re getting ready to jump into the map, apart from that the game is fairly quiet. During the tutorial, there is a robot voice that helps you out and of course, during the actual gameplay, you can hear footsteps, gunshots, and ammo being reloaded.

As for the controls, there’s a lot but thankfully, Cyber Hunter allows you to choose how the control panel looks. On the left-hand side, there’s a joystick to move around, and on the right-hand side, there are buttons to jump, climb and roll. Of course, there’s also an auto-sprint button. What I liked the most about the controls is that you can choose exactly how you want them depending on what you find the most comfortable, for example, I decided to set my character to auto-fire as I found aiming and shooting too complicated so now as soon as I aim my gun at an enemy, it’ll automatically shoot. As far as I know, other Battle Royale games I’ve played don’t have this feature.

In the store, you can purchase a whole range of outfits, supplies and the customization of your character and you get these with credits:

Purchasing credits allows you to open crates that’ll give you an outfit at random.

You can also purchase a Wanderer Black Card. With this card you get free outfits daily, exclusive Black Crystal issued every day, monthly customized privilege rewards, great discounts in the mall, and give mall purchases to your friends. Memberships:

If you decide to download Cyber Hunter, let us know what you thought and if you agree or disagree with any of the things we said. Happy gaming and stay casual!