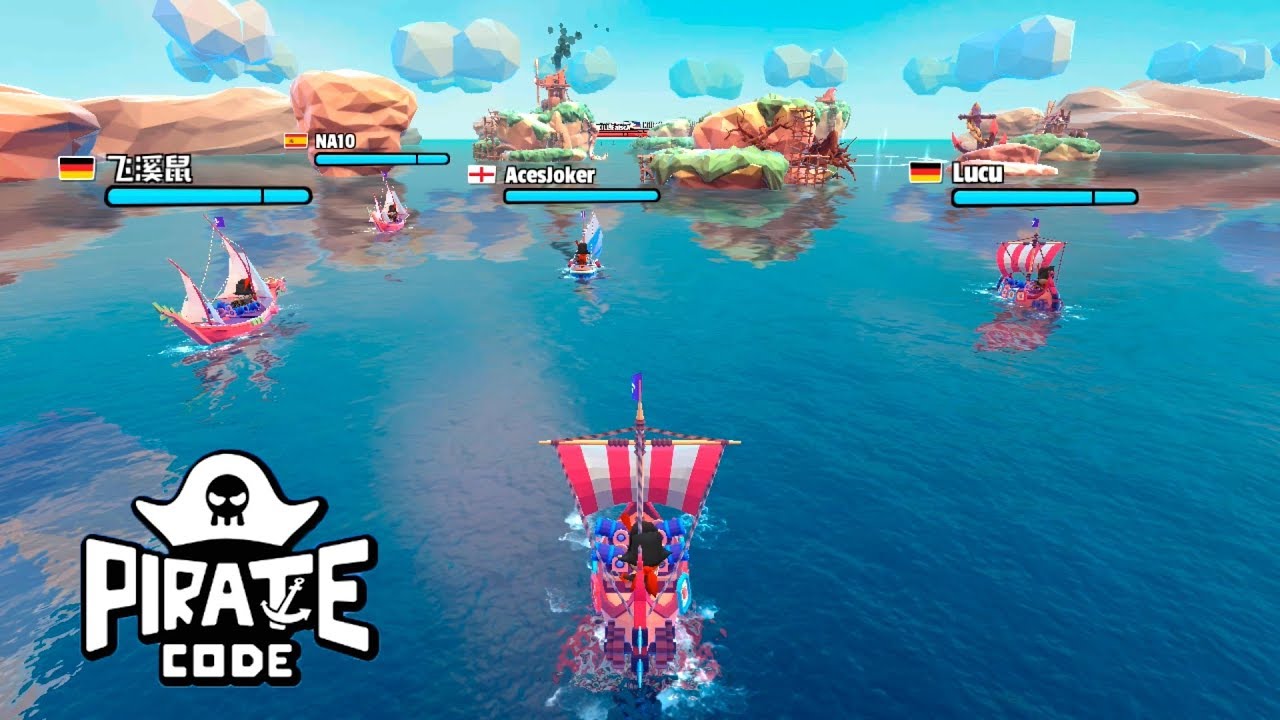 “Take to the high seas in full-scale PvP naval warfare, with fast-paced conflicts packed with ship-to-ship seaborne action. Choose to play as a lone wolf, or join a fleet and take part in epic ten player skirmishes at sea. Choose a captain armed with unique firepower, board a powerful battleship and dominate the high seas!

Choose from one of nine powerful battleships to take into the fray from the dreaded Obsidian and the swift Dragon to the mighty Flying Dutchman. Each ship has different attributes, designed to give you the edge over the competition.

Prepare for battle with enhanced armor, cannons or torpedoes before taking to the high seas in intense ship-to-ship combat.”

Pirate Code was featured on the app store this week in the “What We’re Playing” section so I thought it must be worth a go. This aim of the game is to control your ship, keep ahold of the resources and take down any enemies that try to take it from you. You’re thrown into a game with a few other people and you’re split into teams to see who can retrieve the resource and keep it.

I found that the gameplay was fun in the competitiveness, however, I did think that the games went on for too long. There was a point in time where I was hoping for it to end. But that’s not to say this isn’t a good game, it just needs to be shorter.

The graphics are a weird one if I’m honest, they’re not the best I’ve seen, however, they’re pretty detailed. Your ship is detailed, the water is moving along with ripples and everything else fits in perfectly. Not to mention, the game is very colorful and bright which gives me the impression that this would be suitable for children.

The music and sounds are exactly what you’d expect from a game based on pirates. The music fits in perfectly and the sounds include shooting and waves hitting the side of your ship. I did, however, find it annoying at times but that’s all down to personal preference.

There are quite a few controls to remember, which was hard for me to get used to; they are: I was a little disappointed with Pirate Code as I expected it to be a lot more than it was. That being said, I’d say there’s definitely people out there who would like this. If you’re into games that can last up to 15 minutes per session, this is for you. For me, however, I get bored quickly (unless it’s PUBG), so short games are the way to go.

If you decide to download Pirate Code, let us know what you think and if you agree or disagree with the things we said. Happy gaming and stay casual!