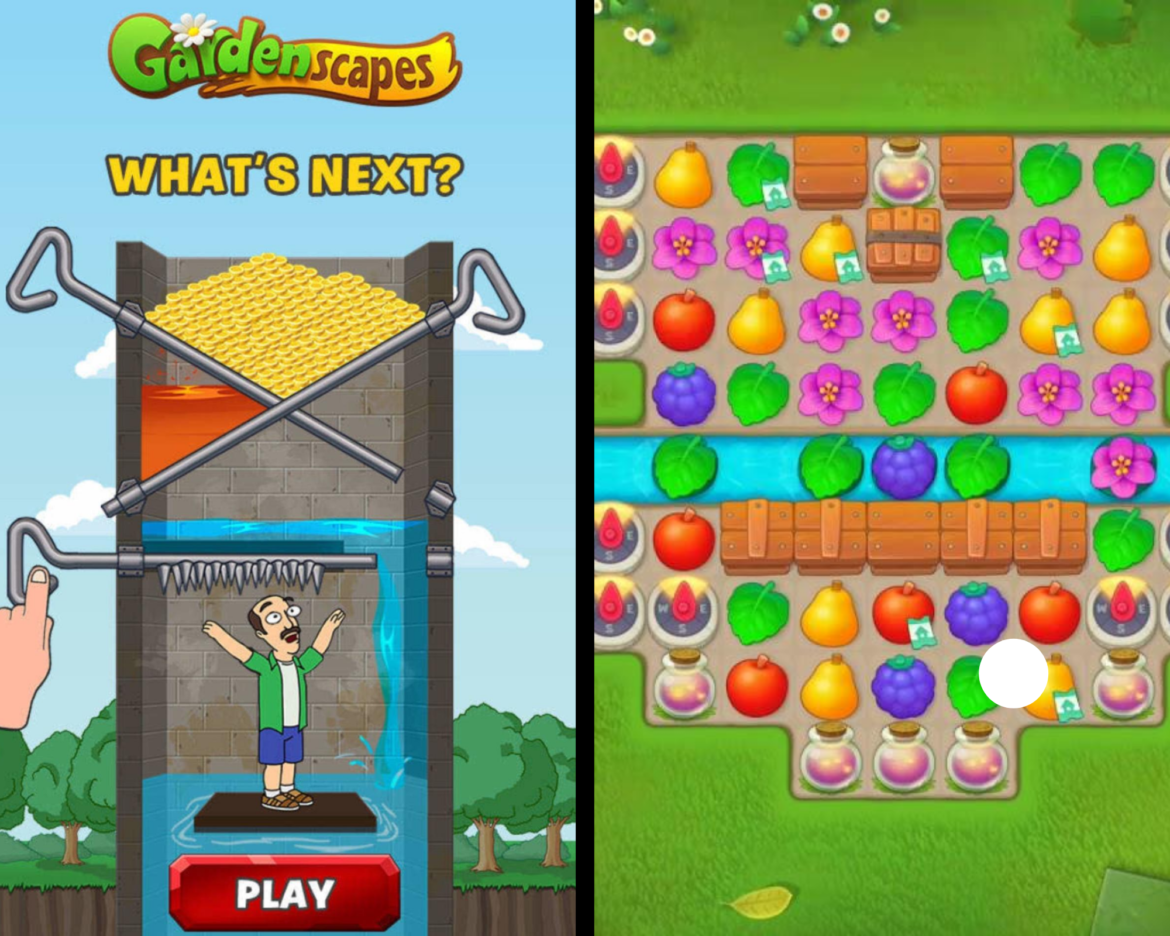 If you play a lot of mobile games, which we assume you do if you’re here, you’ve probably noticed an exceedingly weird amount of fake mobile ads popping up. We certainly have! A lot of people have taken to social media shutting these companies down for blatantly lying about their games – but why do they decide to do this?!

Misleading advertising has been around for some time now, however, these ludicrous mobile ads have only been here a few years. Examples of games that do this are Homescapes, Gardenscapes, Mafia City, Fishdom, and Matchington Mansion. The ads usually have the same kind of concept too – where you need to save someone from a situation and you have 3 objects to choose from. The player in the ad gets it wrong most of the time so it gives you the incentive to want to beat them and prove it’s easy. However, when players click on the ad and see the screenshots from the app store, they soon realize that this isn’t the game at all.

So What’s The point?

Misleading advertisements stem from companies wanting to stand out from competitors, even though their gameplay is essentially the same. How do they do this? By making their gameplay look like something it’s not.

Although this is morally wrong, they can still legally do it. Most mobile gamers can relate to downloading a game because of the cool advertisement and then becoming instantly upset when they realize it’s nothing like what they saw initally. So despite many people deleting the game once they realize they’ve been misled, there will still be a number of people who decide to keep the game. All in all, these gaming companies still come out on top despite their misleading behaviors.

Understandably, a petition was made by a frustrated gamer on Change.org.

“A youtube user has uploaded videos of what the advert shows and what the game is actually like. A few days later, a developer sent him a message on Instagram and threatened him with legal action unless he takes it off, as the developer claims exposing their adverts and gameplay damages their reputation. Fortunately, the youtube user refused to remove the video and continues to expose more of the adverts.

I had tried to help by writing on the Playrix games Wikipedia pages by exposing what they are guilty of doing, but they had got removed due to a lack of reliable resources

I am now making this petition in order to help stop these false gameplay adverts and I need your help. Please sign and spread the petition so hopefully, we can stop the false gameplay and make mobile advertising true and honest again.” – Adam Hughes

Someone Made The Mobile Game From The Fake Ads

And it’s called Save the Girl. We saw this game initially on a mobile ad and instantly thought it would be one of those fake games. But it wasn’t! It was real and surprisingly really fun to play. It’s great to see developers cashing in on this demand because we’ve always been curious about the fake games in the ads. It’s a win-win!

In the future, just have an open mind when it comes to these games. Realize that they’re not going away any time soon and to not click on them if you’re not interested. But also don’t disregard every ad you see because a lot of them are actually real.

Do you think misleading ads will go away any time soon? Let us know what you think in the comments!