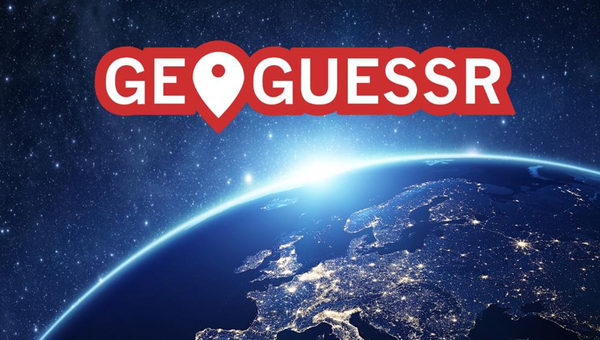 “Imagine yourself being thrown out somewhere in the world. Your mission is to figure out where you are! GeoGuessr takes you from the most desolate roads in Australia to the busy, bustling streets of New York City.”

Unfortunately, GeoGuessr doesn’t have a tutorial so it’s easy to become a little lost about what to do when you first enter the game. The aim of the game is to guess certain locations from Google Earth at random. This is a great concept if you know a lot about Geography, as for me, I did pretty terribly.

As this game uses real-life images, it’s difficult to comment on the graphics. But it looks great visually and follows a simplistic design.

GeoGuessr is mostly mute apart from when you’re tapping on a button. Usually, this would annoy me, but I think it works well with this game as it requires a lot of information. I think adding music would add a distraction.

To control, swipe across the screen, this way you can explore the area and zoom in on any signs that might help you. To pin the location, press the location marker and then where on the map you think the area is.

All locations cost 500 GeoCoins each.

This is definitely a game I’ve never seen before in terms of its gameplay, however, it’s definitely not a game every casual gamer will like. To play this game successfully, you either need to have good Geographical skills or a good memory. As I possess neither, I found it difficult to play but I enjoyed the concept.

If you decide to download GeoGuessr, let us know what you think and if you agree or disagree with the things we said. Happy gaming and stay casual!