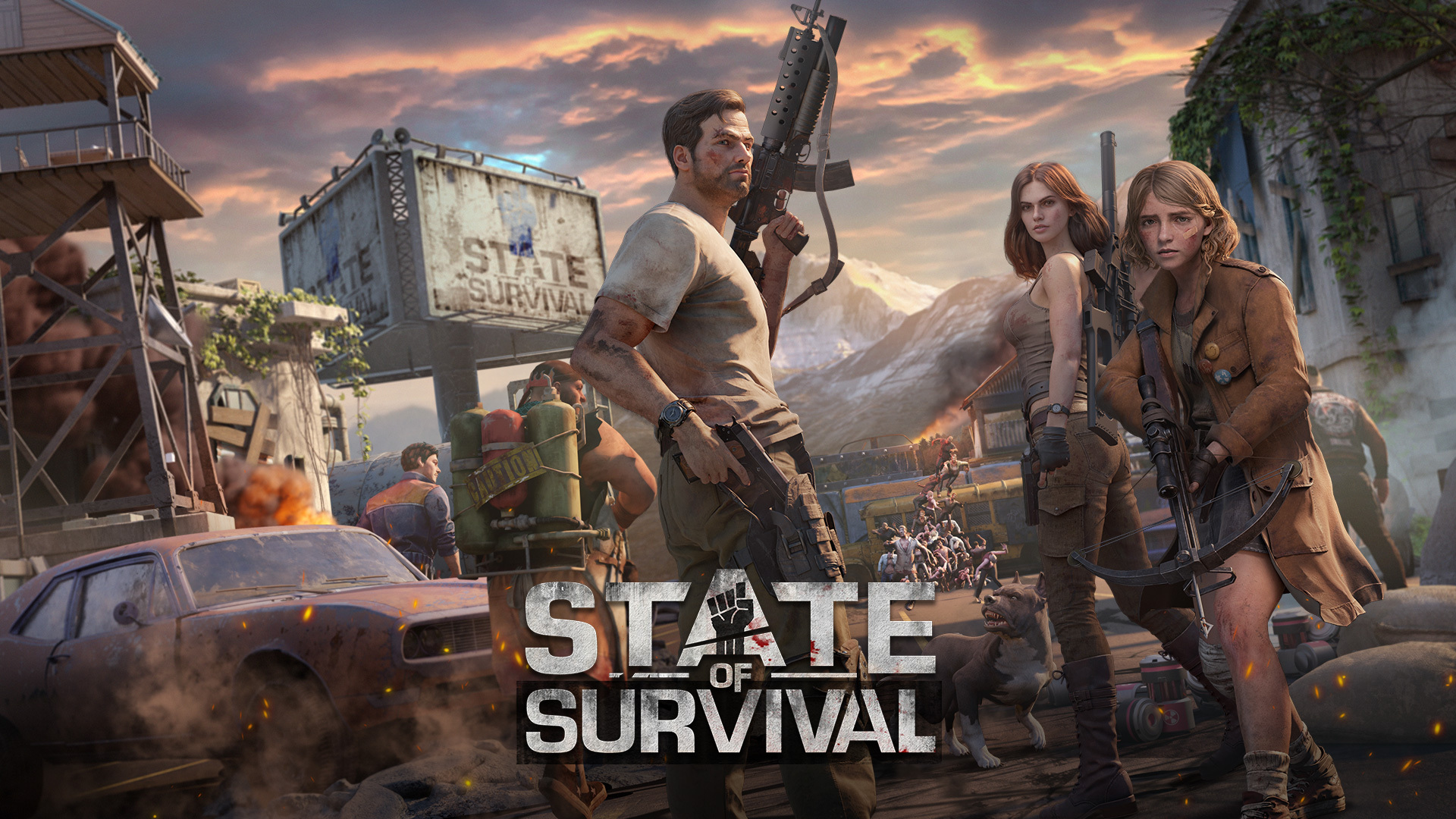 “The Walking Dead collaboration is here! Fight with Daryl Dixon in State of Survival!

Make friends or fight with other survivors. Do whatever you must to survive. It won’t be easy. The infected are everywhere. Resources are scarce and you must salvage what you can from the carcass of society.

It’s a new world out there. Dangerous, yes, but filled with opportunity. Immense power awaits those bold enough to grasp it. But remember to watch your back. It’s fair to say people aren’t quite as friendly as they used they be…”

I doubt you haven’t heard of State of Survival as it seems to be advertised on every other game on the app store. However, what enticed me into the game was how well the graphics looked in the ads. I wanted to see if it really was as good as they made out.

The short answer is no, however, it’s not as bad as I thought it would be. The advertisements made out that it played like a console game with characters you can choose to be and well-advanced controls.

The aim of the game is to survive, as it says in the title. Shoot down enemies, build bases and feed your crew. There’s a lot to the gameplay so you’ll never get bored, however, the game works with energy so it’s likely you’ll need to spend money to play for a good amount of time.

Unlike what the advertisements showed, State of Survival plays from a birds-eye point of view. There’s a shooting aspect to it along with farming, however, it’s hard to see the exact details of the graphics from this POV, which was probably why they did it. It seems like they spent more money on their advertisements than they did the actual game which is strange.

The audio is probably the best part of the whole gameplay as it fits in well with the events that take place at each level.

I was also pleasantly surprised to hear each character have an actual voice and personality.

Similar to other games of the same genre, State of Survival requires a lot of tapping on items and waiting for hours for them to complete. Of course, you can skip the waiting by making an in-app purchase but it isn’t a great feature for someone who wants to play for free.

As for the actual zombie fights, the levels are completely automatic except for when you want to use your special ability. Because of this, the fights get boring really quickly which is a shame as that’s the reason most people download it.

Although the gameplay and graphics weren’t exactly what I expected them to be, I didn’t think this game was bad at all.

More often than not, companies that overcompensate on their advertisements usually end up having really tragic games but I enjoyed playing State of Survival.

If you decide to download State of Survival, let us know what you think and if you agree or disagree with the things we said. Happy gaming and stay casual!