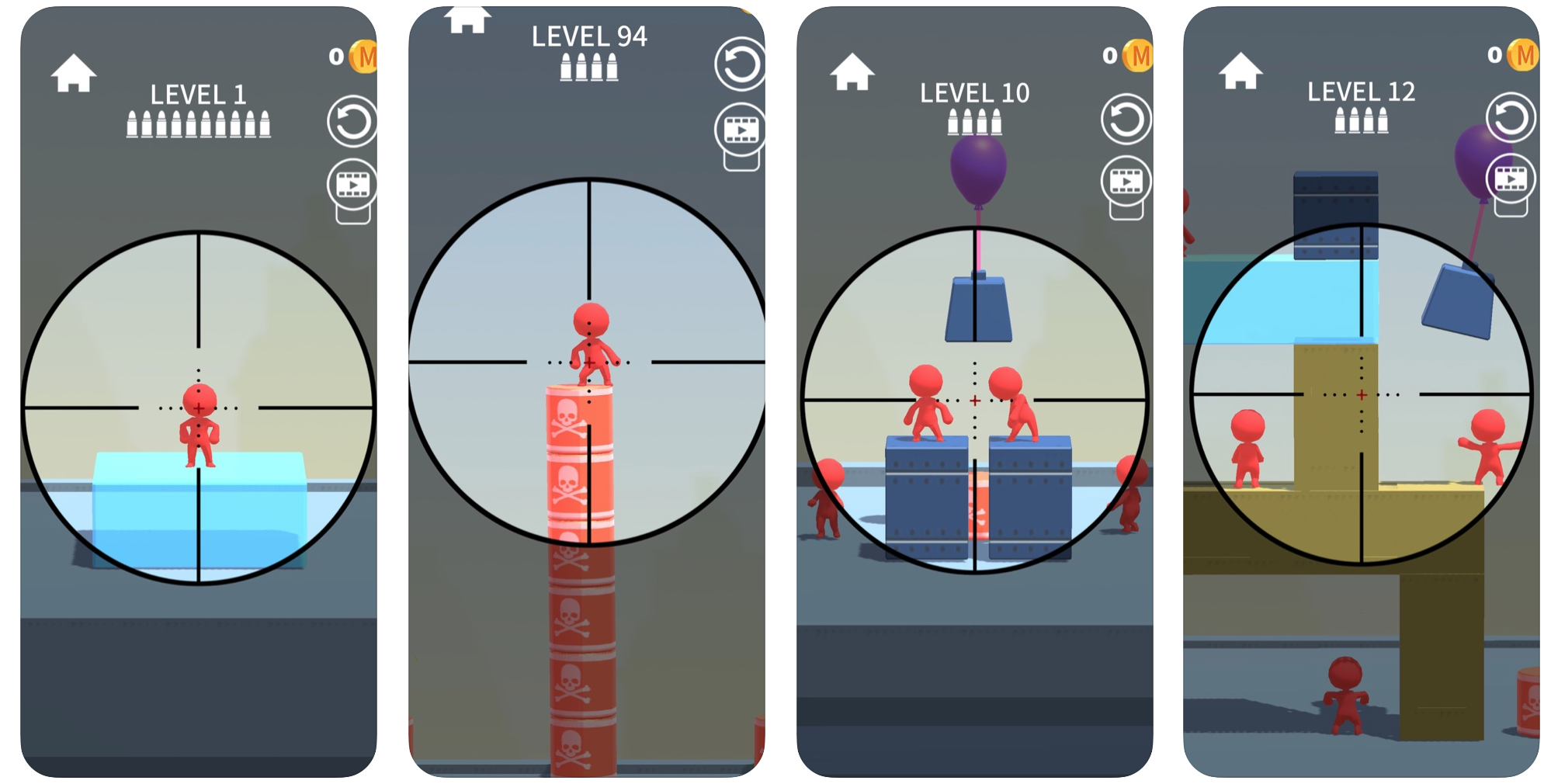 “Aim through your sniper scope and make your best shot with Pocket Sniper.

Sniper games are always a big hit with us on The Casual App Gamer, but this one is slightly different and you may recognize the graphics.

When we see these types of games on the app store, we can’t help but fear for the worst, especially since most of them have been pretty bad. However, we feel as if you can’t go wrong with a sniper shooter so we gave it a go.

The aim of the game is simple: you need to shoot the walking figures – preferably in the head for more points. The figures will move around, dance, and tease you so you need to make sure you have a steady hand. There are some levels that are harder than others due to having to explode bombs or knock down crates in order to kill the figures.

There’s a running theme with these types of games and it’s that their graphics are super boring and plain. It’s not for me but I understand a lot of people don’t mind it, I mean this is currently 4th on the app store. However, the addicting gameplay makes up for it this time.

As expected, there’s no music in Pocket Sniper, however, I don’t mind because there are actually sounds. For example, the sniper shooting. I don’t mind when games have no music as long as they’re not completely mute because that just ruins it for me.

The controls are my favorite part because they’re so easy to use. To aim your sniper, all you need to do is hold your finger down and move it around until you find your victims.

Weirdly, Pocket Sniper doesn’t support any type of in-app purchase, not even the removal of ads. I thought this was strange especially since there were quite a few ads included in the game, it would’ve been nice to have the option to remove them.

Although I didn’t expect to, I enjoyed Pocket Sniper a lot. It doesn’t come close to other sniper shooters, however, it still has those addicting and competitive elements. I think all sniper shooter fans should download Pocket Sniper and see what they think because I was definitely pleasantly surprised.

If you decide to download Pocket Sniper, let us know what you think and if you agree or disagree with the things we said. Happy gaming and stay casual!