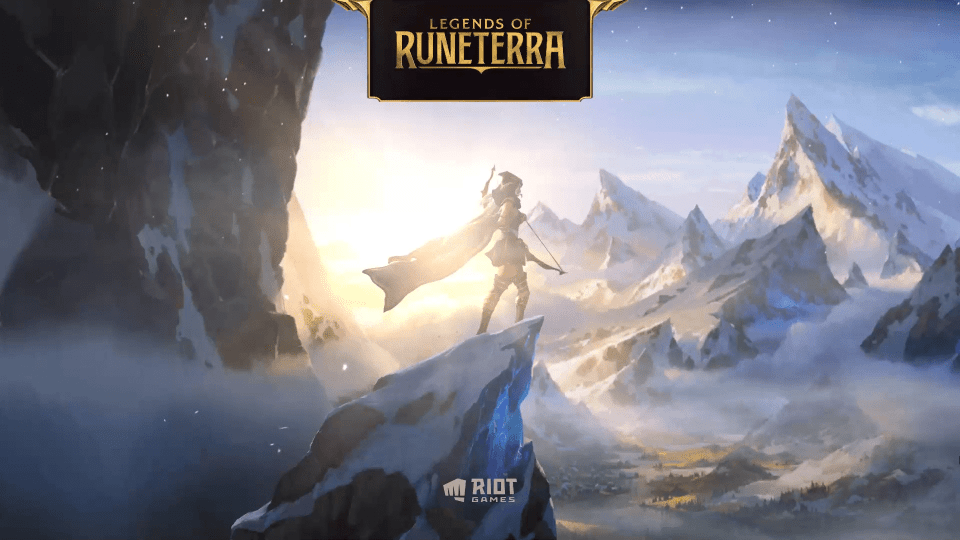 “Set in the world of League of Legends, Legends of Runeterra is the strategy card game where skill, creativity, and cleverness determine your success. Choose your champions and combine cards from different regions—each with their own style and strategic advantage—then build the perfect deck to take down the rest.

ICONIC LEAGUE CHAMPIONS: Classic champs from League of Legends and brand new characters from the world of Runeterra come to life in vivid detail.

SKILL ABOVE ALL: It’s all about the choices you make and the risks you take. Every move matters and the outplays are all up to you.

YOUR CARDS, YOUR WAY: Earn cards for free as you play or buy exactly what you want—you’re in control of your collection, and you’ll never pay for random packs of cards.

CRAFT YOUR STRATEGY: Combine, adapt, and experiment with frequent new releases in an always-evolving meta.

EVERY ACTION HAS A REACTION: Dynamic, alternating gameplay means you can always react and counter—but so can your opponent.

FACE OFF WITH FRIENDS AND FOES: Battle friends for bragging rights, challenge foes in Ranked play, or embark on an Expedition and draft a deck as you go.

DISCOVER RUNETERRA: Explore the epic regions of Runeterra to reveal hidden connections between the denizens, dangers, and creatures that live there. Above all, Legends of Runeterra is THE game to play.”

As someone who’s a big fan of card games, I thought it would be a great idea to give Legends of Runeterra a try. But will it beat Hearthstone? Let’s see…

Legends of Runeterra is a card game developed by Riot Games, and it consists of using your cards in a strategic way in order to defeat your opponent. Unlike Hearthstone, there were a lot more rules to this meaning you need to have more skill within card games. Therefore, it’s not for beginners.

The graphics remind me a lot of Hearthstone’s vibe, but they’re not the same in the slightest if that makes sense. In fact, I much prefer the graphics for Legends of Runeterra.

What I loved the most about Legends of Runeterra was how well thought out the sounds were. The music fits in perfectly with the overall gameplay. On top of this, the cards talk for themselves which I found very interesting. In Hearthstone, the player’s characters speak and the cards sometimes have their own catchphrases. It’s a nice upgrade from the traditional card game apps I’ve played.

For the controls, you need to drag your card towards the place on the board you want. At first, I couldn’t quite pick up where exactly I was supposed to put my cards but I figured it out eventually. The tutorial was quite detailed, so it was probably just me not understanding, not the fault of Riot Games.

Legends of Runeterra has definitely made its way to my top 5 card games, however, it still hasn’t beaten Hearthstone. It’s definitely an upgrade in terms of graphics but the actual gameplay has far too much to it in order for me to reach for it every time. In conclusion, it’s going to stay on my phone for when I want to play something a little more difficult.

If you decide to download Legends of Runeterra, let us know what you think and if you agree or disagree with the things we said. Happy gaming and stay casual!