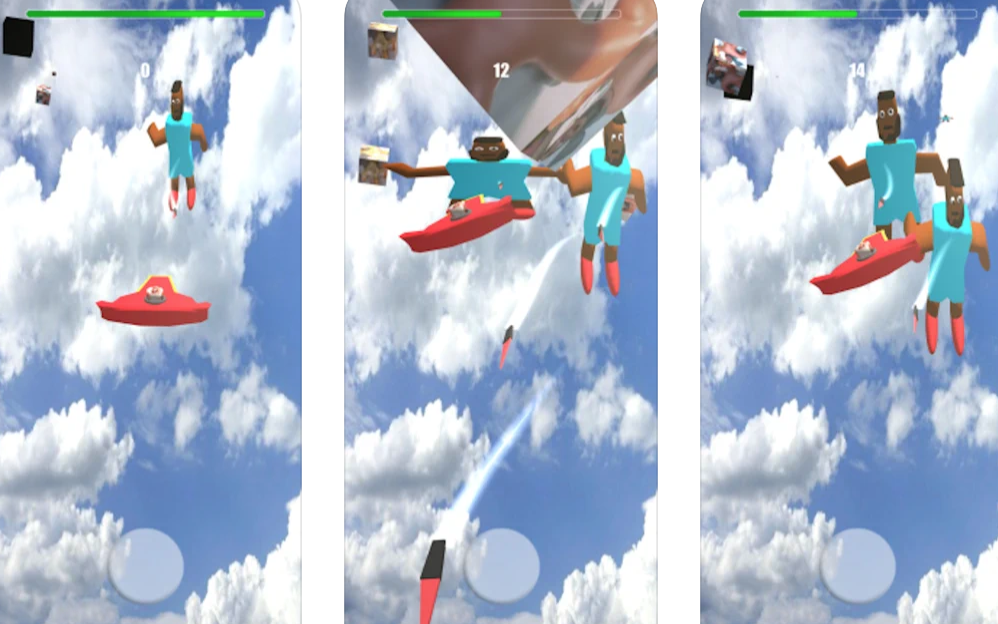 The goal is to defeat everything in your way so you can achieve a new high score!”

You’ve probably never wanted a Lebron Simulator in your life before, but it’s here anyway and we’ve tried it out so you don’t have to!

Firstly, this game is made by the same person who made DaGame, so we already know it’s going to be a big ol’ joke…

Although you’re thrown straight into the game with no tutorial or guidance, I quickly realized that the aim of the game is to destroy everything in your way and stay alive for as long as possible. Unfortunately I wasn’t very good at it!

The audio constantly changes throughout the game. One minute you’ll hear the Lebron James meme from Vine, the next you’ll hear the 2013 YouTube music. It’s a little chaotic…

The controls are what really threw me off at first because you need to move and shoot at the same time. Press the button at the bottom to shoot and your other finger to drag your vehicle and avoid obstacles. Once you get used to it it’s fairly easy!

As expected, there are no in-app purchases in Lebron Simulator. Although the developer should consider charging for coins so players can purchase new skins and backgrounds!

This game was fun to play… to a certain extent. As I said above, it’s not a game that’s made to play for a long time but it’s good as a novelty.

If you decide to download Lebron Simulator, let us know what you thought and if you agree or disagree with the things we said. Happy gaming and stay casual!