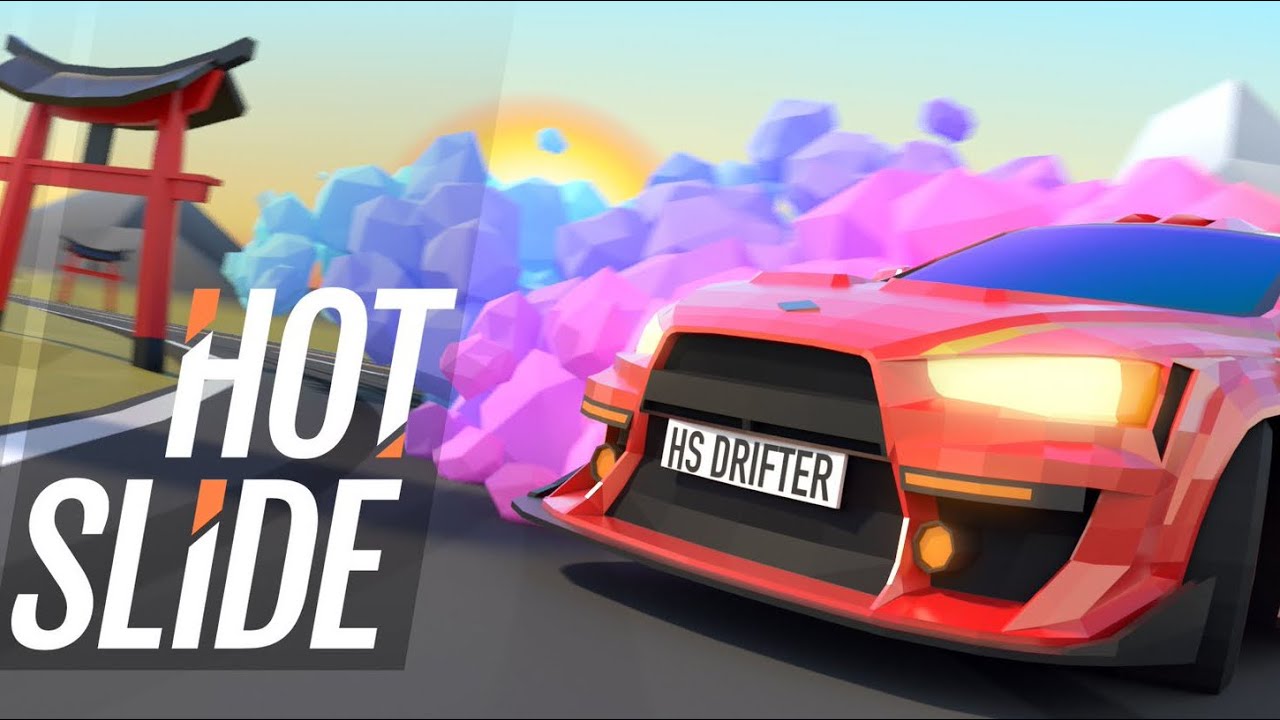 “Drift your way to the world league with Hot Slide! Introducing new exciting racing game, where you can test your drifting skill against real people from around the world. Download for free and start drifting now!

Collect and upgrade cars, take on solo and team challenges, win in one-on-one duels, and get to the top position of worldwide league. Would you choose Muscle or Streetcars, Supercars, or Off-Road SUVs? Pick the best car for every race and leave your opponents in the smoke of your hot slide.

Heat up your wheels and become a legend!”

Race your way to the top of the leaderboard with Hot Slide, a racing game that focuses specifically on drifting.

As someone who struggles with drifting in most racing games, I was surprised I loved this game as much as I did. The game works in small races where your job is to not crash into any of the obstacles while drifting!

The graphics surprised me a lot as I’ve never seen anything like them before. They’re bright and colorful, however, the game is programmed from a birds-eye view. I didn’t expect this as I rarely see it in racing games but I surprisingly liked it. Seeing from a birds-eye view allowed me to keep an eye on my opponent while also dodging the obstacles that came in my way.

For a racing game, the music and sounds were perfect. While in the game, you can hear the revving of engines and the wheels screeching as your drift. It really adds to the experience!

The controls were a little tricky at first, mainly due to the point of view, but I got used to it in no time. Unfortunately, the tutorial was basically nonexistent so there’s a level of learning by yourself. Luckily, the controls only involve moving your finger around to drift your car.

When I first saw Hot Slide on the app store, I was expecting your typical racing game but I was given so much more than that. Not only are the races short and sweet to avoid boredom, but the graphics are stunning. Hot Slide is a brilliant racing game for people who aren’t big fans of racing games!

If you decide to download Hot Slide, let us know what you think and if you agree or disagree with the things we said. Happy gaming and stay casual!