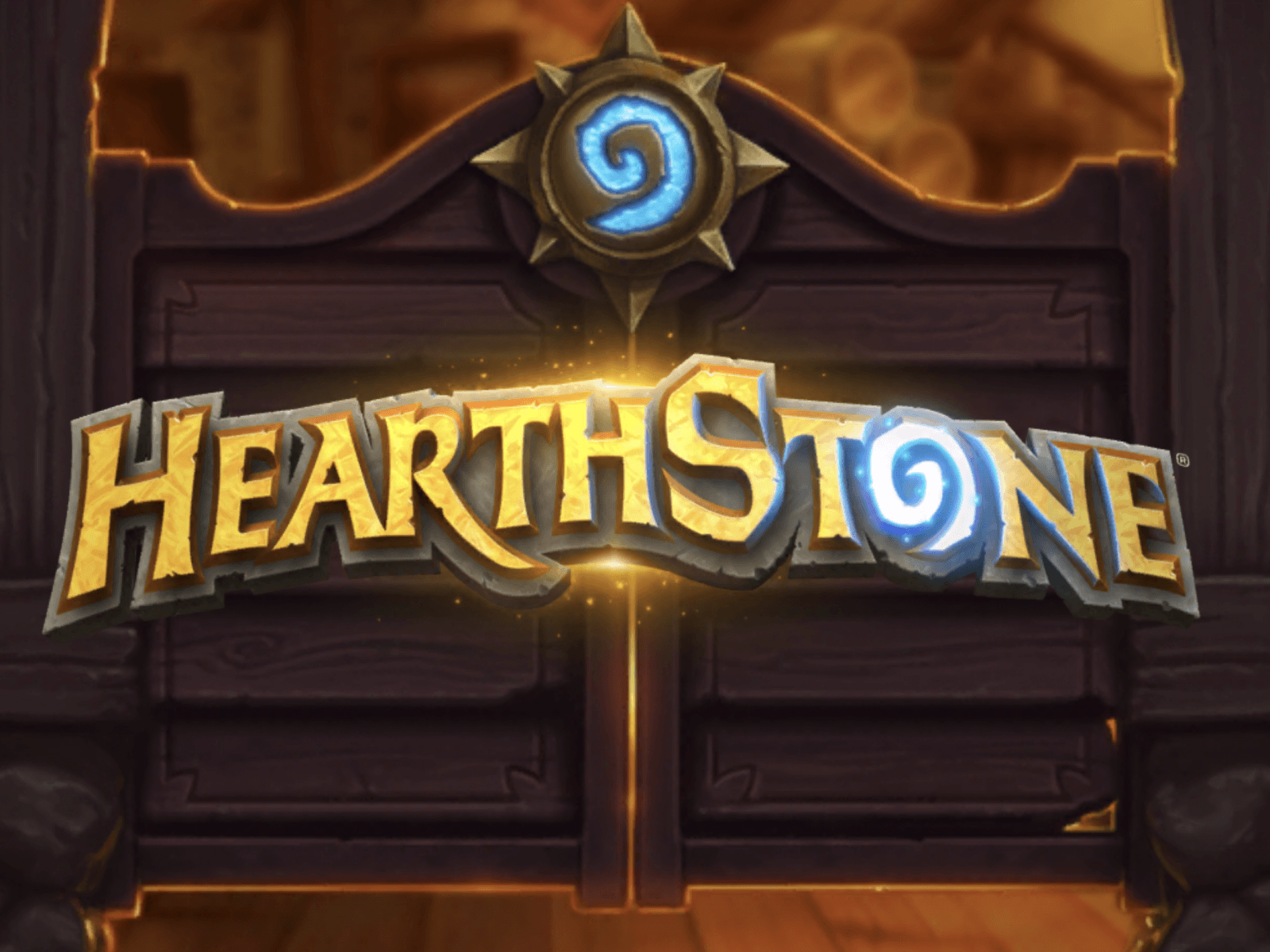 Pick up your cards and throw down the gauntlet! In Hearthstone, you play the hero in a fast-paced, whimsical card game of cunning strategy. In minutes, you’ll be unleashing powerful cards to sling spells, summon minions, and seize control of an ever-shifting battlefield. Whether it’s your first card game or you’re an experienced pro, the depth and charm of Hearthstone will draw you in.

JUMP RIGHT IN: Fun introductory missions bring you into the world of Hearthstone’s intuitive gameplay.

BUILD YOUR DECK: With hundreds of additional cards to win and craft – your collection grows with you.

HONE YOUR SKILLS: Play in practice matches against computer-controlled heroes of the Warcraft universe. Thrall, Uther, Gul’dan – they’re all here!

COLLECTION TRAVELS WITH YOU: Your card collection is linked to your Battle.net account – enabling you to switch your play between tablet and desktop with ease.

AND FIGHT FOR GLORY: When you’re ready, step into the Arena and duel other players for the chance to win awesome prizes!

Hey Casual Gamers!  If you are new to card battle apps, then I have a unique treat for you called Hearthstone!

Many moons ago, before Blizzard teamed up with Activision, there was a game called Warcraft.  This popular Real Time Strategy Game spawned many epic and awesome blizzard games we enjoy today.  Namely, World of Warcraft.

As a spin off of WoW, Hearthstone offers epic card battle combat with many of the iconic heroes and villains of the World of Warcraft lore.  Is it worth your casual time?  Let’s draw some cards and dig into this casual review!

HearthStone is a game that starts off easily enough.  After a few tutorial battles, you are off to fight against other players in a quest to be the best!

With the most recent release of it’s 10th expansion (Each expansion comes with new cards), HearthStone is a casual card battle app that has set the stage for others to follow!

There are nine heroes to choose from (Starting as a mage then defeating the remaining 8 to gain them into your collection), each with a different playstyle and hero power.  Once a hero is selected, you are introduced to a basic set of cards unique to the selected hero and neutral cards that can be used for any deck.

After 30 cards have been selected, it’s a quick hop to challenge others playing.  To win the game, deal 30 points of damage to your opponent.

This is by far the simplest description I could give.  To kick your casual lust for victory into high gear, check out Tempo Storm.  This is the best place to get some excellent knowledge on current meta practices, suggested decks to use, and overall community information.

The reason I’m so hooked to Hearthstone is due to the graphics.  Every expansion comes with new stages, which are interactive.

Waiting on your opponent to make a move?  Click the gong a few times or pick some veggies to pass the time.

When it comes to casting spells there’s an awesome feeling of power as a fireball hits its target.  When summoning legendary minions, there’s always a visual entrance to show you’re no longer messing around!

There’s also graphic ques on cards when a special condition is met.  This is a godsend in many situations as there’s already enough to occupy a mind during battle!

Hearthstone aims to fully immerse their players into each battle! Battle start off in true fashion:  a verbal introduction against foes!

Everything has an accompanying sound as well!  Each hero has their own set of six emotes, and a battle cry when swinging weapons.

If that wasn’t enough, each minion has a catch phrase for being summoned and attacking.  Even the cries of death are pretty epic.

Win or lose, there’s glorious music to go with the feeling.  There’s also squelch button should your opponent become a blabber mouth while planning your next move.

The better part of this app is the seamless mixture of background music (Normally Spotify for me) and gaming sounds.

With well over 1000 cards at this point, it can be hard to find that right card.

When fighting, control of cards and utilization is exceptional.  Cards can be held before being put into play.

Should there ever be a battle that seems unwinnable, there’s a quick concede button to end the game to rework a new plan!

Honestly, it’s possible to not pay a dime to this casual app and still have a great time.

The cold hard truth of it is, many players choose to pay.  It’s almost as must if there’s any consideration of getting into the higher ranks of gameplay.

There’s some decent price breaks on cards, but some of the better choices come when an expansion is near.  These sales come with a unique card back and a bigger packs that’s normally not offered in the store.

While there’s a way to create cards, it requires a certain amount of arcane dust to make.  The only way to obtain this dust is from Arenas (which is a good way to get cards and gold) or to destroy duplicate cards.  Crafting a legendary is around 1600 dust.

Outside of cards, there’s new heroes that can be purchased.  These new faces will replace the current hero but will use their hero power.

So it’s a tough call.  If you are looking to build a digital collection, it’s a good investment.  If this is going to be a casual app that will collect dust, save your money!

Casually, this is easily one of the best card games out there.  The player base is friendly (at times) and there’s a mountain of resources online to help with deck issues, energy management, and playstyles.

There’s also world tournaments sponsored by blizzard and other huge gaming names each year.  Not to mention a growing list of online tournaments.

Should you take on the monumental task of custom deck building, it is one of Hearthstone’s greatest rewards.  The meta, or current playstyle of the average player, becomes finely tuned at Rank 15 and higher.  Because of this, most players will stick to certain cards to fit a certain playstyle.  A good example of this would be the Bomb Warrior that, as is names leads to, uses cards that puts explosive bombs in their opponents deck.

Decks can be built to counter the meta of the game, but each day the meta changes.  Simply because there’s always someone looking to increase win percentages and looking for ways to counter others.

This can be seen as a good thing, or a bad thing, but it’s a viable way to prove who’s the best.

Made it to the legendary level of Hearthstone and want to brag about it?  Drop a comment in the section below and tell us what deck you used!