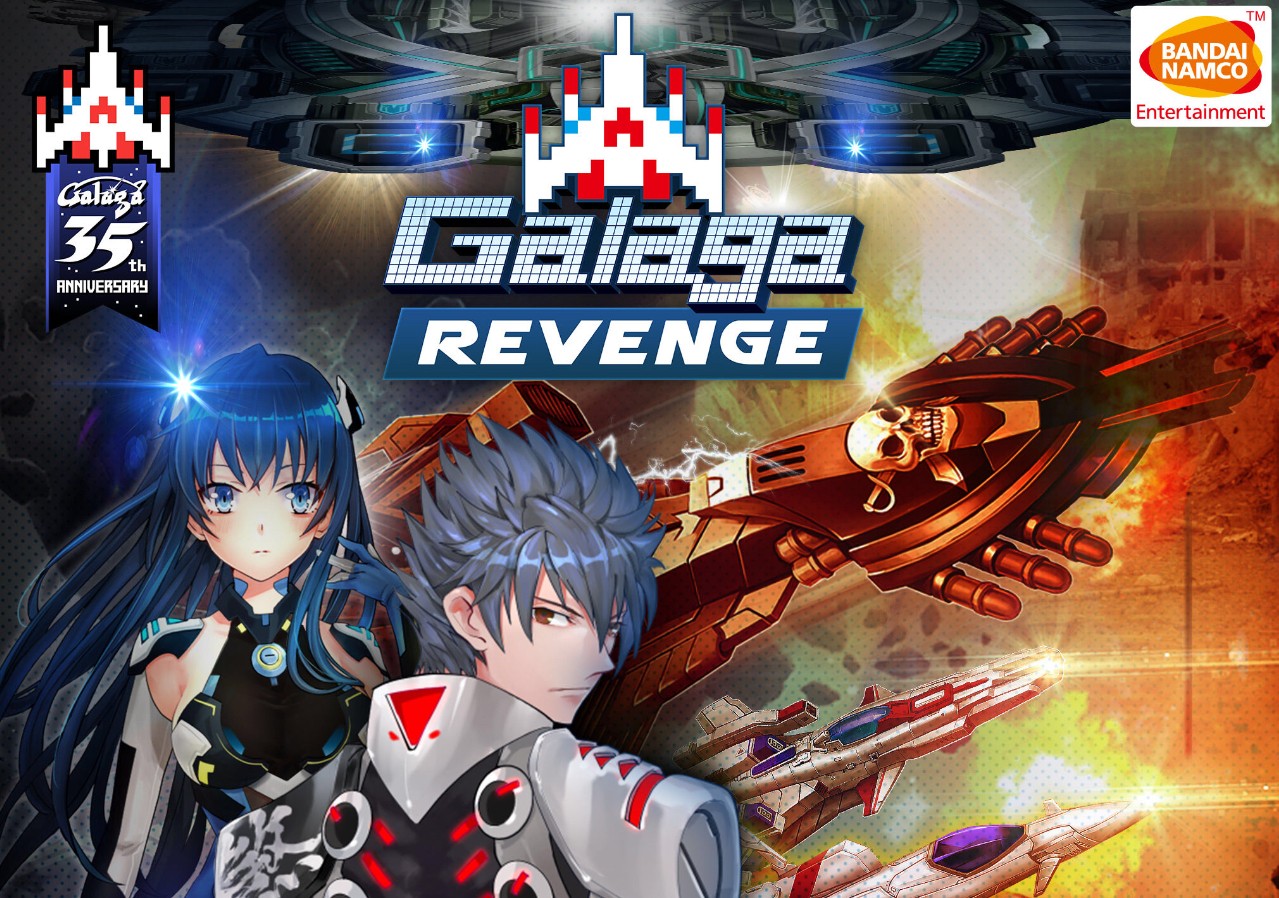 2280CE: United Galaxy Space Force (UGSF) established the elite forces, Magnificent to protect its territories against the alien UIMS. These elite pilots are also known as the Void Squad. The Void Squad has the latest technology of mankind and they swear to protect the UGSF. However, due to the disparity between the two sides, Void Squad continues to recruit more enthusiastic drivers to join this war of survival…

Hey Casual Gamers! A trip down memory lane is always fun, but so much better when it’s been revitalized!  Galaga has been around since the early 80s and still holds a casual candle to my heart.

That said, lets see what’s in story for the latest entry in the Galaga series:  Galaga Revenge!

In a bit of a change from the lone solo pilot, we actually have an interactive team piloting the epic spaceship!  Starting  off with fiery pilot Kidd Hawes, the roster for pilots goes up to 10!

Then there’s various upgrades for the to suite any battle need.  With over 800 types of modifications it may take a while before you find the right combination that obliterates the competition!

Be ready to grind.  There’s a ton of levels and even a heroic mode.  This doesn’t include all the extra modes.

This is bullet hell in a retro casing like you’ve never seen!

The friend List is a pretty awesome menu in the game.  If any friends are playing this casual app, you can give each other energy!

Galaga revenge has some pretty amazing graphics!  Everything seems extremely polished and well presented for a 35th anniversary!  The home menu seems extremely futuristic and a bit cluttered.  It took me a few times clicking around just to see everything.  I didn’t find the tutorial as helpful as it should have been either.

Good thing most of the playing takes place in story mode!

Fighting and dodging the bullet hell makes up for some of the issues.  The levels seem…well short in story mode.  There’s some dialogue and a few waves of fighting, but until you get to a boss fight, it’s a bit of a breeze.

Until you reach the higher levels of course!

If you love the kind of music the preps you for deep space nine, look no further!

Otherwise, this app works great with no sound.  I mean, it’s kinda bad how the pilot sounds after hitting max power.  If I was flying out into the distant lands of outer space to fight some crazy looking Atari aliens, I’d like to do it with at least my own playlist!

If you’ve ever had the fun of playing any casual apps in our shoot em up section, the controls feel about the same as the others.  Drag the ship to control and there’s auto fire, which makes it epic.

It’s sometimes a bit easy to not notice the bomb and shield options on the side.  Every now and then they are a bit handy during the story mode, but I’m guessing in the extras or the endless mode they shine.

The best news is that they are unlimited, but have a cool-down timer.

In the pilot menu, everything from pilots to skills can be leveled up.  Most items needed can be found by clearing the story mode and doing a few blitzes.

Crystals are the name of this casual app!  Most of the time they will be spent on the numerous Gacha attempts for better gear.

Tis the story of a casual gamer out for some casual fame!  One of the better parts of the store was the 1st gift options and gift packs.  Make sure to look at some of these pack offers, as the highest one is at the top!

This has the makings of being a great casual app.  The beginning seems a bit too crowded.  There’s alot going on and parts of the app try to pull you into this rich story.

I just wish it was a bit more spaced and a little less cluttered.  Otherwise, it’s a great casual play and I would recommend this to anyone looking for a new bullet hell style app.

Having fun with Galaga and want to be friends?  Drop a comment in the section below and lets talk about all things Galaga!