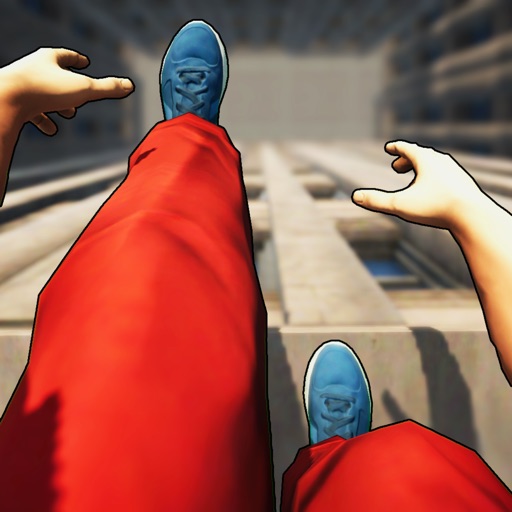 “From the developer of Flip Diving & Flip Master (MotionVolt Games), comes all-new original physics-based parkour game that is fire! Run at the rooftops, jump from antennas, slide over the roofs and solar panels, learn dozens of new tricks and be the best free runner ever! With a custom physics engine and animated Ragdoll Physics, the Flip Runner is the most dynamic and entertaining parkour experience ever created!

Fun & challenging, success & select any tricks to use for any challenge!

GET SO SO FIRE CHARACTERS!

Flip as a Ninja, Gymnastic, Sports mascot and even with inflatable T-Rex costume! Every character has their own unique features! Improve and train the characters for maximum parkour performance!”

Flip Runner is a physics-based, and very frustrating, parkour game. Parkour is amazing to watch and it’s hard to piece together how hard it is for these people to perform the movements properly. During Flip Runner, you get to experience what it’s like to do front flips, backflips and other cool skills while on the top of a building.

As you can see from the video gameplay, it took a while for me to get used to the controls and how to play but after a while, I got the hang of it. Annoyingly, if there are two movements in a level and you fail the second one, you have to do the first movement again. Because of this, it made Flip Runner slightly frustrating, but that is the absolute beauty of it.

I feel as if the graphics for Flip Runner is something I’ve never seen before, but they’re not great. They’re 3D, not very detailed but the gameplay is still just as good. I just think it would seem a little more realistic to have better graphics, but if the developers had a small budget, then this is good enough.

Like you would hear if you were doing actual parkour, the sounds in the background consist of city sounds. When you successfully pass a level your character will cheer, and he grunts while he jumps.

The controls are a little more complex than what I’m used to which is why I was struggling so much to get a perfect landing the first few tries.

The part I found the most difficult was the landing. As the rotation goes quite fast, you have to time it perfectly in order to make the landing and not fall off the building.

I found that the constant ads during the gameplay were super annoying, so if you’re like me, purchasing one of the packages that include the removal of ads would be optimal.

As someone who has never taken an interest in parkour, I was surprised that I actually enjoyed Flip Runner. I think the competitiveness and the frustration the fiddly controls bring you make it more fun. I’m someone who loves a challenge, and this game definitely gives you that.

If you decide to download Flip Runner, let us know what you think and if you agree or disagree with any of the things we said. Happy gaming and stay casual!