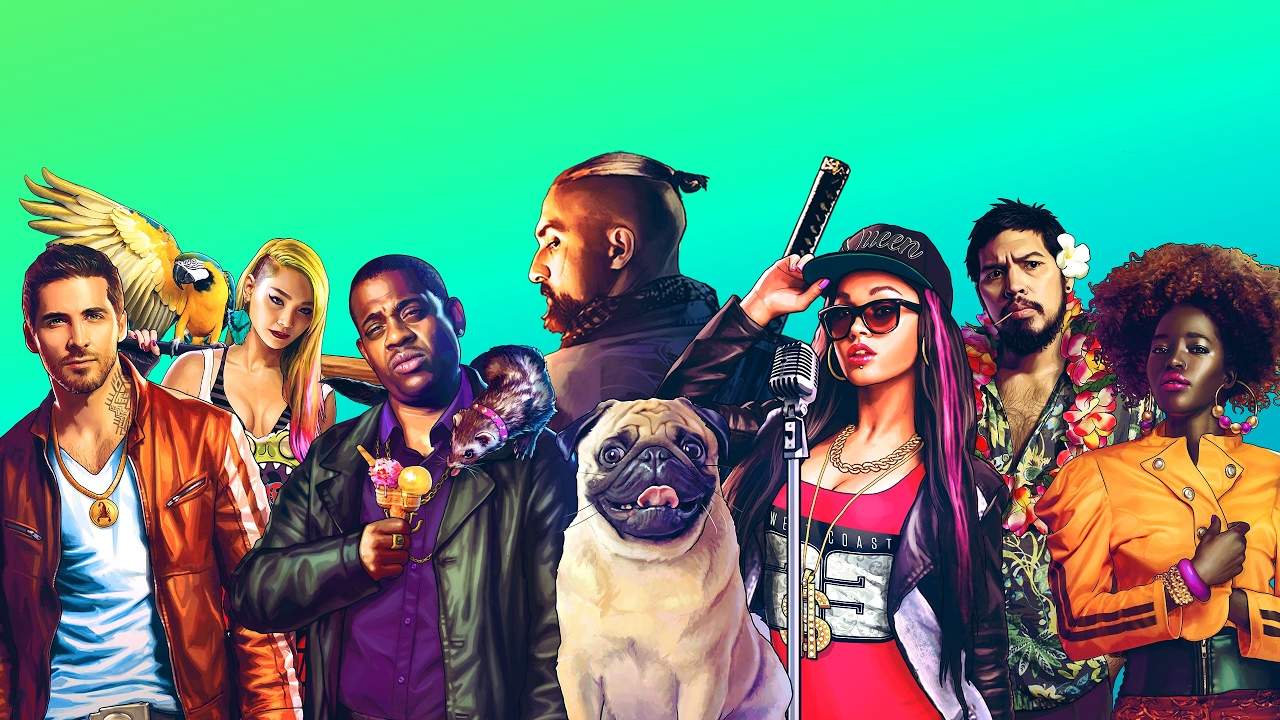 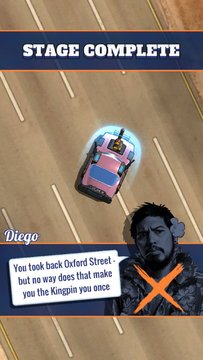 Today we’re going to dissect Fastlane: Road to Revenge into bite-size chunks to see if the game is worth playing.  App games can sometimes be very hit and miss – especially free ones.  Can Fastlane:  Road to Revenge play without having to spend real money, or if in-app purchases are needed? Read more to find out… 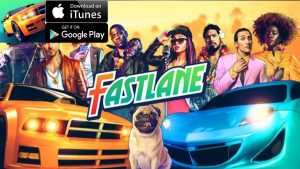 The graphics for this game are pretty great!  Describe them in three words I would say: crisp, colorful and cartoony. I like the way the characters are dressed in unique ways.  They do look like stereotypical young people with snapbacks, tattoos, man buns, and interestingly colored hair. The cartoon vibe within the game works really well and it reminds me of a cross between GTA and Fast and Furious because of it’s vibrant yet rebellious theme.

Fastlane also secured the participation of a number of YouTube personalities.  They enter the game once you reach level 22. Jelly, Slogoman, JoblessGarrett and Galadon Gaming show up with hilarious dialogues that introduce weekly events and provide additional goals during gameplay. This is a great way to attract teen and young adult gamers into downloading the game – especially based on how popular YouTubers currently are!

With the game you’re given a select few RnB style songs.  You can change them at any time if you get bored (Who needs Spotify right?!) and the music fits in perfectly with the gameplay. The song that plays the most is ‘ The Fast Lane by Harry Shotta, which I assume is the main theme song for the game.

While there’s a fun and upbeat soundtrack to rock out to while you’re cleaning up the roads, one of the game’s coolest features is Apple Music integration. You can switch to AM by clicking the bottom of the page, so if you’d prefer to listen to some Wiz Khalifa while you’re out on the road, you totally can! 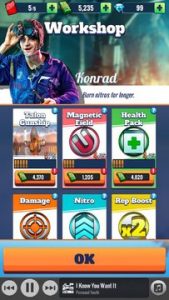 Fastlane has one-touch controls, which is great because it makes the game fairly simple and straightforward.  You don’t have to teach yourself how to use the controls!  Who wants to do that instead of getting straight into the game?  Because of the one-touch control of dragging your car from lane to lane, it means you cannot fully see your car as your thumb is covering it. It seems pointless to be able to change the color of your car but not being able to see it during the gameplay.

Movement is very limited with Fastlane: Road to Revenge.  The car is stuck in the bottom third of the screen which, wouldn’t usually be a problem as you’d want to be as far back as possible to dodge incoming attacks.  The screen is too small and the action moves so fast near the end of the level that you can’t react in time and will be forced to start again from the beginning (unless, of course, you have enough diamonds to continue).

Your car starts off with a really epic Spy Hunter-esque machine gun.  You can quickly upgrade it with extra barrels and diagonal-shooting guns to target more enemies.  Extra armor will allow you to take more hits without dying as soon as the game starts.

The sensitivity level is great!  it’s easy to play and there’s an option to turn it up and down if you have a preference. 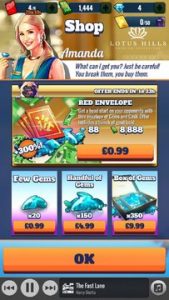 On top of this, I was also able to purchase a drone that launches missiles, and because of the in-app purchase, I could upgrade it 5 times. Once I had upgraded all of these new features, I still had many upgrades left to use with the money and diamonds I purchased, so it’s safe to say the in-app purchases do take you a lot further in the game than playing it for free. 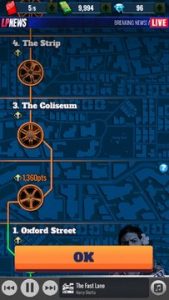 The gameplay is very addictive. The great feeling you get when you absolutely destroy the enemies and then being able to level up from this just makes you want to play for even longer. Fastlane is built for quick-play sessions.  Perfect for daily commutes or bored lunch breaks.  This isn’t a game you would play for hours and hours on end, although I played for 20 minutes at once thinking I had only been playing for a couple of minutes.  It’s safe to say the game is pretty addicting!

The game does lag a little bit, but that may be down to my own phone.

It’s very easy to level up in Fastlane.  This makes the reputation goals for new levels so high that they can’t essentially be beaten except by unlocking new cars.  This can be done only by leveling up and spending gems.  This in-game currency is early mainly by in-app purchases, making it annoying if you’re a free user!

My favorite part of the gameplay is that the road speeds up the longer you stay alive.  It’s a one-shot death when you add cars and projectiles. The objective of the game is to collect a high enough score by surviving and making things explode to force the boss of each level to show themselves and fight you one on one.

The storyline behind fast lane is fairly simple – it involves you cleaning up a city part by part to reclaim your past glory but there are often many secondary goals to shoot for in exchange for in-game currency and experience.

Overall, I really enjoyed playing this game and thought it was perfect for a time waster. I would definitely recommend downloading it and checking it out for yourself! Let us know what you think!