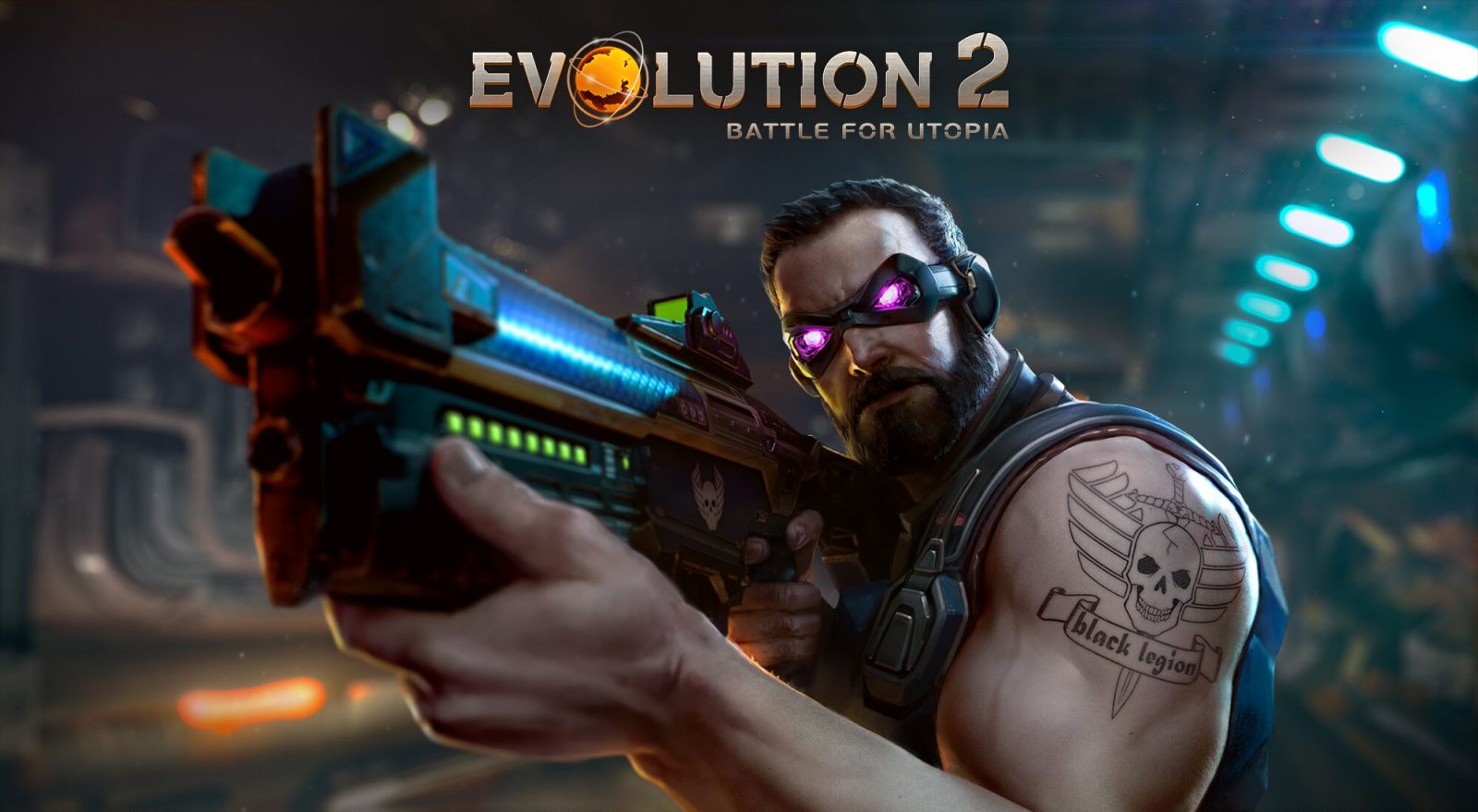 “Evolution shall go on: the cult sci-fi hit now has the long-awaited sequel! The history that reveals the Universe of Utopia from a new point of view awaits you.

The second episode still boasts the unique atmosphere of the Evolution that won over millions of players. The gameplay also underwent a revolutionary change: Evolution 2 is an explosive mix of top-down third-party shooter, action, strategy, and RPG!

Get ready for the breathtaking storyline with unexpected twists in Evolution 2!

The story unfolds on Planet Utopia. It was once a galaxy resort for billionaires. And now it is pure hell full of ruthless looters, monsters and fighting robots. A merciless war of all against all is raging here.

You will be immersed in the world of never-ending battles where you will use the mightiest weapons and the psi-force – the power of the main character of the game, Captain Blake. He got his superpowers as a result of a dangerous experiment, and he is prepared to use them to destroy any opponent of your choice.” – MY COM.

Evolution 2 is the follow-up game to Evolution: Battle for Utopia and it was well requested amongst all of the fans. This game is a third person automatic shooter and it’s your job to destroy the ruthless looters, monsters, and fighting robots.

As you open the game, you’re thrown straight into a fight why is also the tutorial. During this fight, you need to take down the enemies with your machinegun while making sure you’re also not hit. You can only move left and right so you have to be quick to make sure you don’t end up in the fire path. In the second fight, you’re up against Xi spiders and in this level, you come face to face with the boss for the first time. Before entering a game, it’ll tell you if there’s a boss incoming so you can prepare.

In terms of graphics, they remind me of Shadowgun Legends and I think they’re really high quality. It is clear to me that time and effort went into this, and this game wasn’t made as just a quick way to earn money. All graphics are detailed, move smoothly and all characters are dressed accordingly to what their personalities are like.

There is background music but it’s honestly barely noticeable with all the shooting, and the concentration you have to go through to complete the game. Unfortunately, when going through cut scenes, the characters do not speak and you have to read the conversation yourself. However, they do say certain phrases while you’re killing enemies.

You can purchase gems that’ll let you purchase guns, bombs, upgrade your current guns and just get better equipment in general.

In my opinion, I think that the gems and boxes are well priced for what you get. Most app games I find always have really expensive currencies and I can only assume a lot of people are put off by that. Players that are loyal to Evolution 2 will most likely get quite a lot out of the in-app purchases they make. The boxes are also more value for money than the gems by themselves.

I thought Evolution 2 was a great game with a lot of potentials. As it is the second game of the series, I can only imagine the first was just as good hence why a lot of fans wanted a sequel. Not only is the game fun to play, but the visuals are outstanding and really bring the whole experience together as one.

Although Evolution 2 is a 12+, I do believe the rating could be lower due to the killing not being very graphic and there’s no strong language from what I saw.

Overall, I would recommend Evolution 2 as it’s fun to play. The only thing that brings it down a rating is that it thrives off of energy and I can’t stand that in a game.

If you decide to download Evolution 2, let us know what you think and if you agree or disagree with any of the things we said. Happy gaming and stay casual!