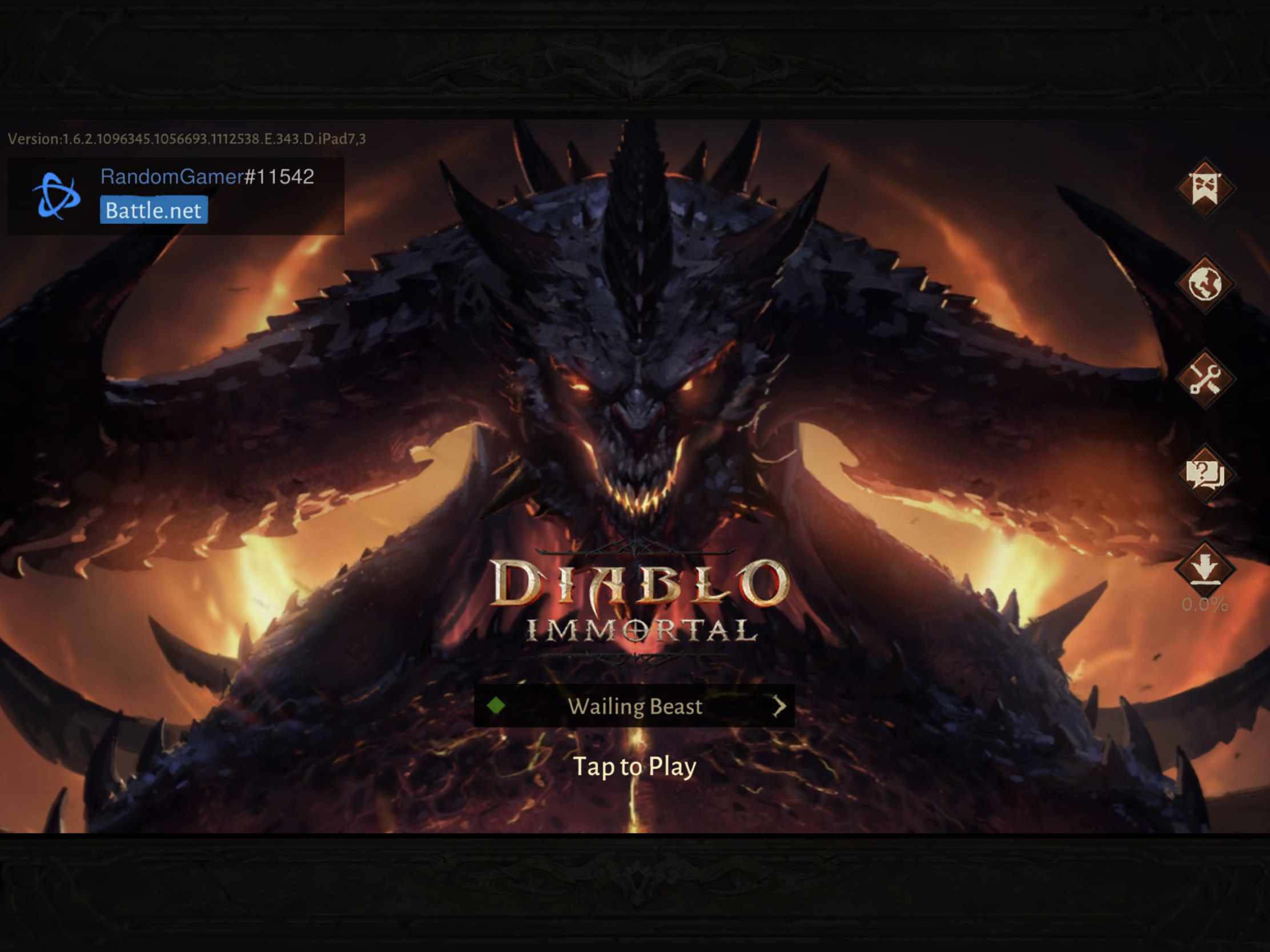 Always feel at command. Whether you’re on a raid or fighting hordes of demons solo.

Directional controls make it easy to move heroes around the world

Activating a skill is as easy as holding a thumb down on a skill to aim, then release to unleash hell on your foes.

From the war-torn surroundings of Wortham to the grand city of Westmarch and the shadows of the Bilefen Jungle – Players have a vast world in front of them to explore.

Your journey will take you through changing landscapes and ever evolving challenges.

Experience a rich Diablo story packed with quests, bosses, and challenges the Diablo series has never seen, including raids in huge ever-changing dungeons.

Diablo Immortal has something for everyone whether you enjoy fighting through endless dungeons or spending your time uncovering every corner of the world.

Players will have countless opportunities to meet and socialize with their fellow adventurers in the world of Sanctuary. Whether it’s jumping into the arena of battle, embarking on a raid through the shadows of a dungeon, or upgrading gear – Diablo Immortal is here to support a rich MMORPG experience.

It finally happened (Well, it happened a while ago, we are just covering it today!).  Fans of the Diablo series, the original hack and slash RPG has graced itself on your phone and tablet!

Outside of the horror stories of players spending massive amounts of money Diablo Immortal offers an action style RPG that has highly insane replay value.

But is it worth your casual time?  Lets pick our favorite class and dive into this review!

Like every other Diablo game, Diablo Immortal starts you off as a lvl one no name class user exploring a new town.  Of course there’s strange happenings going on and it’s up to you and a host of eager NPCs to find out what’s going on and stopping the undead rampage.

I’ll admit this is a very short introduction to a very huge story that will have you fighting demons, angels, and all monsters inbetween.

There are other optional modes to play outside of the main story.  The Battleground PVP gets very competitive quickly, but still offers hours of fun.

If pure casual action and constant gear improvement is what you’ve been looking for, look no further than the Diablo series.

Prepare for a very gothic and dark time.  Diablo Immortal has the kind of graphics that pulls you into the game!  From start to finish this casual app is a masterpiece that’s hard to stop playing.  From the holy angelic views of the angel to the fallen zombies and demons of the realm, there’s not one time you will be disappointed over looks.

I don’t think I’ve ever complimented a menu screen, but it really makes the overall feeling of the game easier when menus can be read properly.  This has a huge important due to all the moving and configuration that you can manage for an optimal build.

Headphones are an absolute must.  I’d hate to be the one guy without a good set of headphones while playing this absolute beast of a casual app.  Any fan of Diablo knows that the cues in Diablo are part of the way you play as well as all the ambient noises.  I mean like you hear the crunch under your heel.

Diablo Immortal has some of the best controller configurations out right now.  Not only does the casual app automatically detects when a controller is connected, there are different ways to configure your layout.  No mapping required!

If someone was attempting to impress me with ease of use, they scored big time.  Don’t have a mobile controller yet, check out how to use your Xbox controller for your phone!

The controls are manageable without a controller, but I feel the justice isn’t done correctly without one.  While it’s better to point and click through menus and adjustments, there’s a huge difference in combat from using fingers vs. a controller.

There has been purchases made on this casual app.  Major whales, or people who spend more money on a certain game than the average person, have taken over Diablo Immortal in a kind of extreme fashion.

Thankfully, Most of the biggest whales are isolated to their own battleground.  Battlegrounds is the PVP mode of Diablo Immortal where having the best gear really counts.  It’s only natural that whales do better than…well us.

This casual app can be enjoyed without spending money, but it pays to know when someone is far overpowered than you are.  Not to mention you can have a great deal of enjoyment playing the PVE content and not be missing much.

Honestly, Diablo Immortal is what you’ve been looking for in a casual hack-n-slash RPG.  With a great storyline and greater graphics to go with it, this can easily be a great casual obsession (especially if you have a controller).

If you aren’t trying to graduate into hardcore or bigboy status, playing Diablo Immortal with the rest of us casual should be a great time, even for the the aspiring streamer!

Already an immortal and ready to flex on us plebs?  Drop a comment in the section below and show us your build!