Cook To The Beat 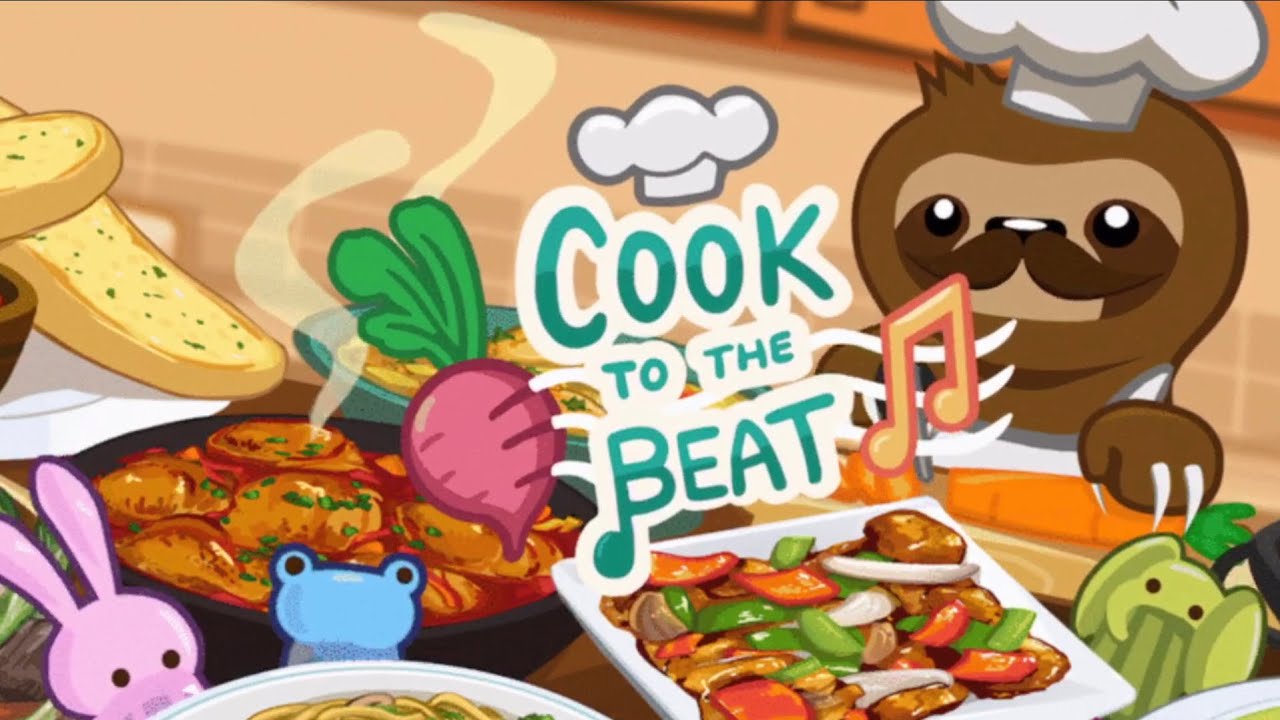 Cook To The Beat Review!

“Cook to The Beat is a culinary-themed rhythm game where you tap to the music to create a variety of dishes each with its own original soundtrack. Chop, season and tenderize to the rhythm to build up your combo and make the whole kitchen into a dance party! (Disco Ball Included)

Collect and customize your very own animal chefs with wacky Aprons & Hats!

Master the Dishes and rise through the Chef Ranks to become the very best Chef like no one ever was!

– Progress through levels, and unlock more dishes and items Cook To The Beat brings cooking and music games together as one where you have to simply tap in time to the music. Tap the food that go across the conveyer belt at the same time as the beats of the music to score points.

The first chef you get to be is a sloth, which I thought was really cute. Seeing as there’s a ‘choose your chef’ option, I can only assume you’ll be able to unlock more characters in the future.

If you remember Cooking Mama, you’ll like the graphics for Cook To The Beat as they are pretty similar. Even the layout is very similar. They’re cartoon-like, colorful, move smoothly and each character involved has a unique look about them. There are absolutely no complaints on how it looks visually, so well done, Raccoopack.

Although Cook To The Beat is a game essentially based around music, I wasn’t actually a fan of the music included. Like other music-themed games I’ve played, I was hoping there was an option to download your own music, or at least have a few songs that were real. But all the songs involved were made up, repetitive, and boring.

The controls are the base of the game. As I said, you have to tap to chop the food in time to the music – but it’s not as easy as that. If there’s left half of the food, you tap the left, and vice versa. In some cases, you also have to tap on both sides at the same time or tap any area of the screen as fast as you can.

From the store, which unlocks on level 8, you can purchase picnic baskets, energy packs, and chef coins.

Cook To The Beat is very unique, I’ll give it that, but it wasn’t for me. I found myself getting annoyed at the repetitive music and not getting the hang of the controls. Before you play, you have to calibrate the controls yourself and it’s really easy to mess up. Apart from that, I enjoy how it looks visually.

If you decide to download Cook To The Beat, let us know what you think and if you agree or disagree with the things we said. Happy gaming and stay casual!

Cook To The Beat Overall Rating: 3/5