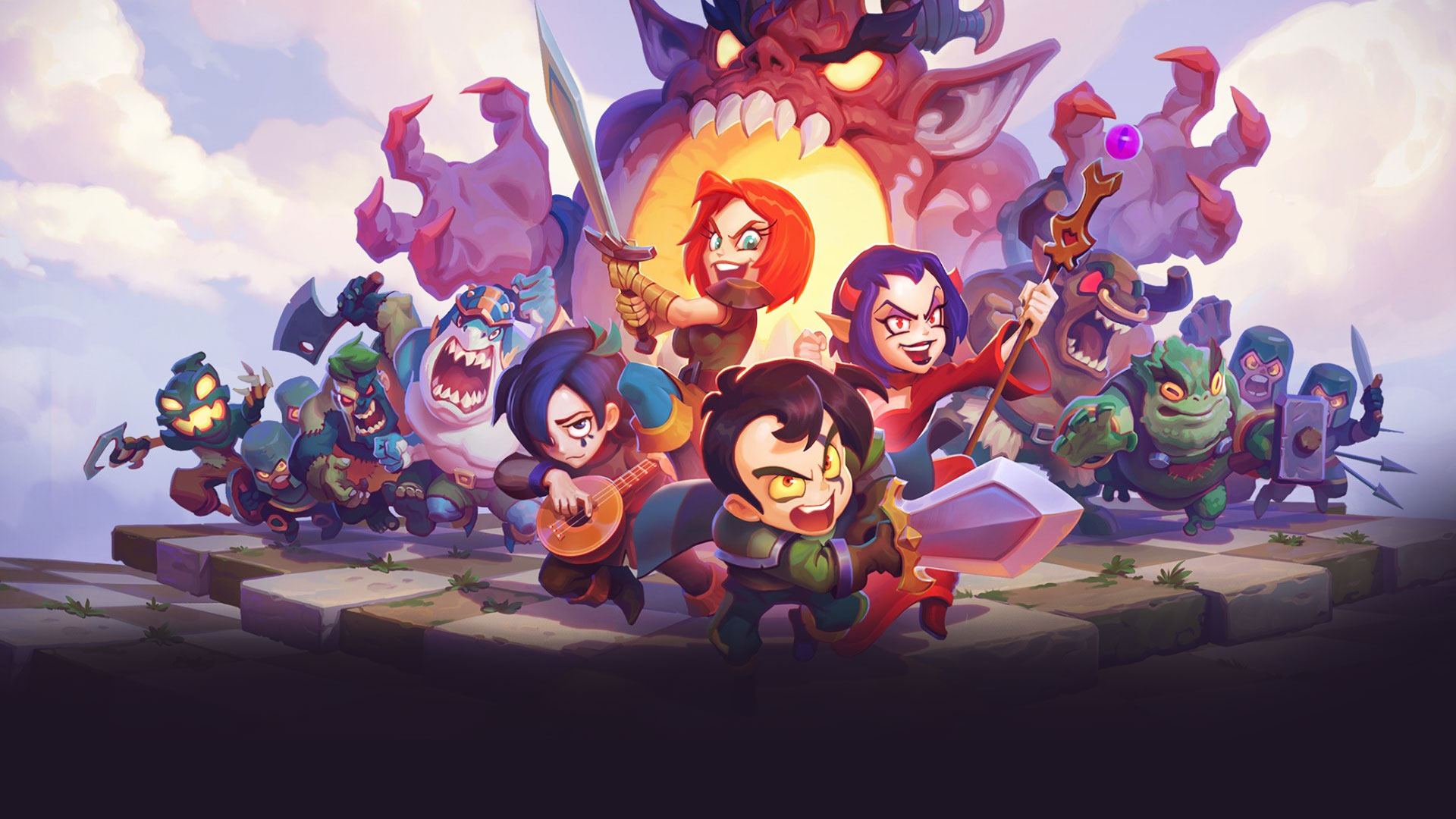 “Auto Brawl Chess is an auto battler strategy RPG game, in the royal battle genre. Enjoy classic auto chess mechanics plus fast-paced 5-minute matches, ranked, and insane mode. On top of that, PvE and PvP mode, guild wars, dungeons, and a whole PvE campaign called “Journey”. The most unique and complete auto chess game where strategy is a key, but luck also plays a role!”

Auto Brawl Chess starts with you getting into a fight in a pub, and transitions to the game board that resembles a chessboard. Although this game has chess in the title, I can’t actually see where in the gameplay it’s anything like chess. If anything, it’s more like an auto fighting game.

I’m not the biggest fan of auto games, mainly because I don’t see the point in them. I love being able to control absolutely everything that happens to my character(s), not just sit there and watch it for myself. If I wanted to watch a game without doing anything, I would watch some Twitch streamers.

Although I’m not huge on the gameplay, I think the visuals are great and each character seems to have their own personality and abilities that shine through. This is great for a game like this as the graphics are usually poor.

If I was to explain the music in Auto Brawl Chess with one word, it would be generic. It’s very basic for a fighter game and the constant sounds get irritating. If I was to continue playing this game, I don’t think I could with the sound on. However, I don’t feel as if the sound is needed to have a good go with it!

As I said, this is an auto fighter game, however, there are a few controls to remember. You need to tap the heroes you want to use before a game and decide where you want to place them on the board. For example, it’s worth putting heroes that can take more attacks at the back to back up their teammates.

Auto Brawl Chess isn’t a game I’d personally come back to, mainly because I’m not a fan of auto games. However, if this is a game where you could control the attacks, I think I’d find it really fun. I’m not going to keep this on my phone as I don’t think I’ll ever want to play it.

If you decide to download Auto Brawl Chess, let us know what you think and if you agree or disagree with any of the things we said. Happy gaming and stay casual!