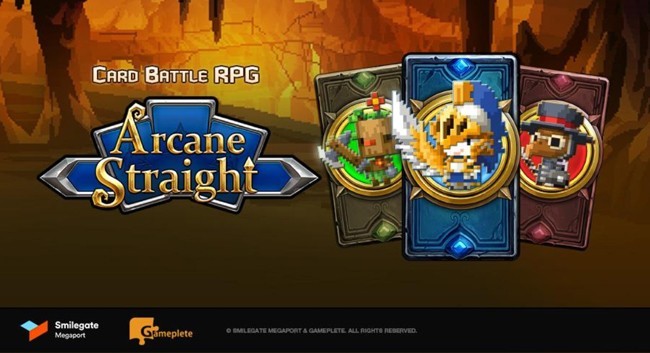 Right off the bat, I’m going to say that Arcane Straight has the longest intro ever. I decided to watch it to give me a little bit of background on the storyline of the game but after 5 minutes of tapping away to characters talking, I lost interest. But finally, the game started. I figured out from the long and boring intro that it’s a card based game. And it seems pretty simple so far.

The tutorial is very good as it made me understand within a matter of minutes how to get the most out of my deck of cards. You can get up to 350 different characters – this helped me create the best strategy to be victorious in the arena.

As I advanced levels, the rivals duplicated. This made me combine the three types of cards to create combos and increase my attack power.

The graphics are great in terms of giving you that pixel art vibe. All the protagonists are animated to increase the visual attractiveness.

Unfortunately, this game wasn’t as good as I thought. When I first came across Arcane Straight on the app store, I did think “Hm, this doesn’t look too bad”. I’ve noticed a pattern in bad apps looking a lot better than they actually are. I’m not entirely sure how this game could be improved. It is a card game after all and there’s not a lot you can do with cards.