Another Eden: The Cat Beyond Time and Space Review 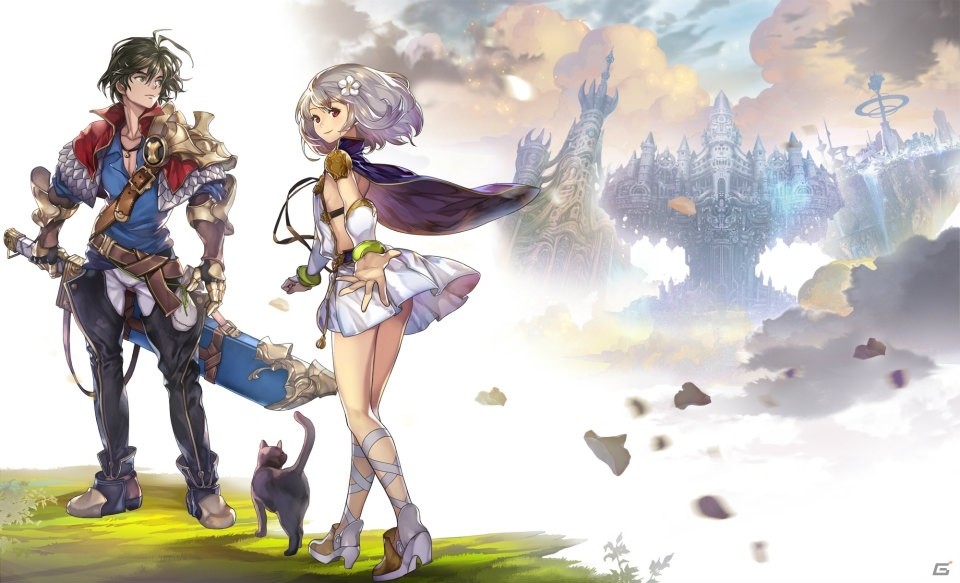 Another Eden:  The Cat Beyond time and Space Review

Hey Casual Gamers!  This last week of January has been an absolute boon for casual Role-Playing Games!  In the 90s, the gaming world was gifted by an RPG that would change how everyone viewed Role Playing Games.  That game was Chrono Trigger.  Do yourself a great favor and check out Chrono Trigger on any media you can find it.  It’s absolutely worth your casual time looking for it.

Chrono Trigger at one time was so popular that multiple fanbase sequels were spawned from it.  Now, from the writers of this epic RPG, comes Another Eden:  The Cat Beyond Time and Space!

Get ready to enjoy the game.  Another Eden starts off in  mystery, as it sets the mood of the main character’s backstory and the start of an amazing journey.  Another eden is very vast in the towns created and the overall mission of where you want to go.  This casual app plays out in true RPG nature.  You talk to the NPCs and get to know your local situation before there’s any combat is seen.

Combat is turn based and in the mood of Role Playing Games, the world map encounters are random!  Meaning while you are walking to your quest outside of town, you might casually be attacked at random!

Thankfully, you can have up to four allies in battle with you and two additional ones you can call and switch out.  These allies give different buffs to the party before jumping in the fight!

One point Another Eden has tackled wonderfully is that you can stop playing at any instance and it’s saved where you left off.  There’s no title screen to sit through or reconnecting to any server after you’ve been gone for a while.  I am having difficulty when it comes to switching from tablet to phone.  This seems to be due to the fact the core game is saved on a phone and linked to a certification.

Alot of fancy talk that means you are stuck on one device when it comes to Another Eden.

Another Eden should be played on the biggest screen you have.  Each land, town, and world map gives amazing detail.  You can tell that Another Eden was made by developers who put a great deal of effort into the world and different times being traveled to.

One of the best things that makes me enjoy Another Eden even more?  Three buttons off to the left of the screen with all the menus nicely formatted.  Most of the time in game feels like I have the entire screen at my disposal.

One of the fonder memories I have about Chrono Trigger was the amazing soundtrack that came along with the game.  Another Eden’s soundtrack matches and in some parts exceed my original exceptions!  Epic in the right places and whimsical in town or picking up new quests.

I’ve often found myself staring off into nothingness while being idle in the Gallery of Dreams.  Something about the music there is so soothing…

There’s not much to the controls in Another Eden.  Most of the time it’s a point an click session around town.  Combat is turn based so it makes it easier to line up some attacks.  In the truest spirit of an RPG, it seems like hp/mp can only be fully restored in town.  This doesn’t seem to be too bad as most of the fight are random and can be handled via auto attacks.

What’s really wonderful is that there’s now menu hell to try to sort though!  it’s pretty simple and almost hard to locate the in-game store!  Speak of in-game purchases…

So while there is a store for Another Eden, this casual RPG doesn’t seem to be a pay to play.  The only thing I’ve found that I’ve needed Chronos Stones for was to summon more allies to my cause.  The story-line seems to bolster the party enough to not warrant more, but I’m sure later in the game that could change.

Not to mention there are tons of other ways in game to get Chronos Stones than purchases.  Most of the game achievements (Awards) give Chronos Stones.  In terms of loyalty and support, I do plan on making a purchases soon!

Overall, this is not your father’s Chrono Trigger.  Another Eden provides a vast beautiful world that makes it stand out by itself.  Having the writers of Chrono Trigger develop this soon to be masterpiece was just the icing on the casual cake.

If you really aren’t into a great story and you want to get to the fighting, this may not be the ideal casual game for you.  Even with my fastest clicking, there’s massive amounts of dialogue (great dialogue I might add) to sit through.

Playing Another Eden and want to give us your thoughts?  write a comment in the section below and we will trade the secrets of time with all!