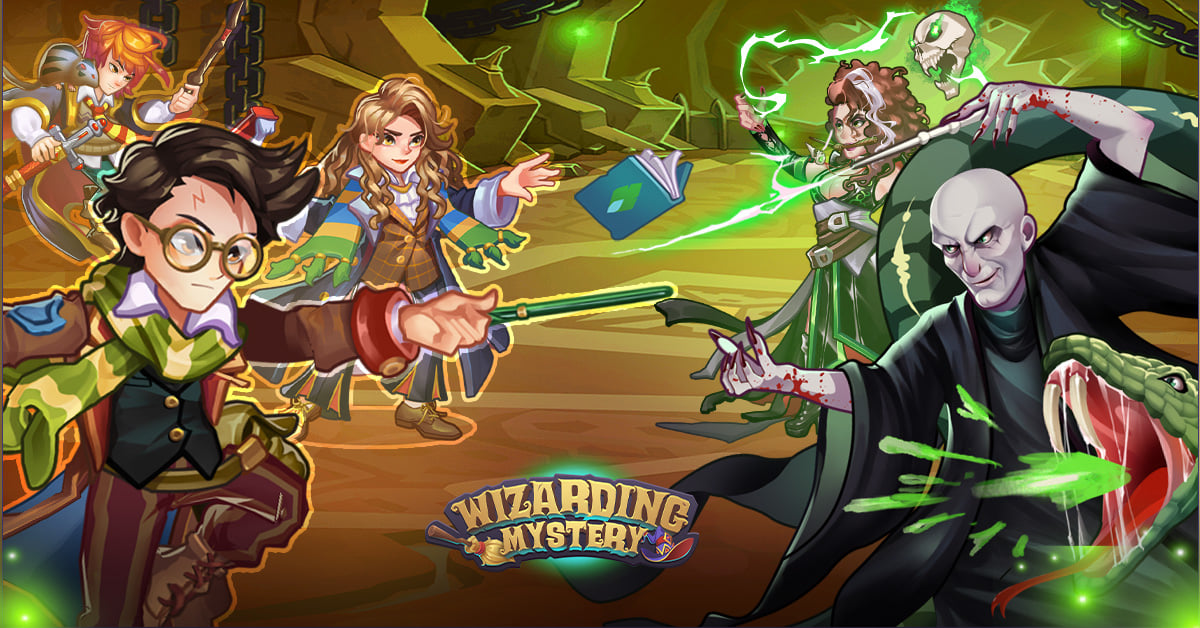 Raid the Dungeons and get abundant rewards!

The Dark Lord is coming and the whole world is in peril! The Wizarding Academy need a hero to save the world! As the protagonist, you are believed to be the chosen one! Listen to the call and raid the dungeons!”

I first discovered this game when I was scrolling through Instagram one evening. It popped up as an ad and I was instantly interested due to the Harry Potter themes but I was surprised to find out it isn’t actually a Harry Potter game at all.

However, I noticed that they called Arthur ‘Aecher Weasley’ and thought that was slightly odd for a game on the biggest franchise in history.

When I started playing the game, I quickly realized that this isn’t a Harry Potter game at all, but a very cheap rip-off. A lot of the comments on their Instagram show angry players calling them out for stealing Harry Potter characters for their dull game. In fact, I’m not entirely sure how they haven’t been sued yet but I’m sure it’s coming…

The aim of the game is to collect your characters and fight against the dark lord. I found the enemies really easy to kill, so it wasn’t exactly hard to play!

The graphics are… interesting. And obviously, by interesting I mean bad. The characters are so obviously based on the Harry Potter characters, I really don’t understand how they haven’t been sued yet.

It also seems like some of the names of the characters have been put through a randomizer. They’re some of the strangest names I’ve ever come across in a game!

The music, again, is very Harry Potter-esque but also quite generic for a fighting game. I wasn’t a fan and found it quite overwhelming at times, especially with all the other audios combined!

To control, tap on the characters you want in your team and then tap your enemies to fire an attack at them! It’s easy to remember – maybe a little too easy!

Diamonds are required to recruit wizards and exchange for rare items and can be obtained through various Academy activities such as the Academy Cup and top-ups.

Gold coins are required to upgrade wizards and enhance gear, which can be obtained by completing activities such as hanging up the main stage, daily tasks, Phantom Castle and Magic Chambers.

Wizarding Mystery isn’t a good game at all. Not only is it borderline illegal but the gameplay is just lacking any substance to it. I won’t be keeping this on my phone!

If you decide to download Wizarding Mystery, let us know what you think and if you agree or disagree with any of the things we said. Happy gaming and stay casual!