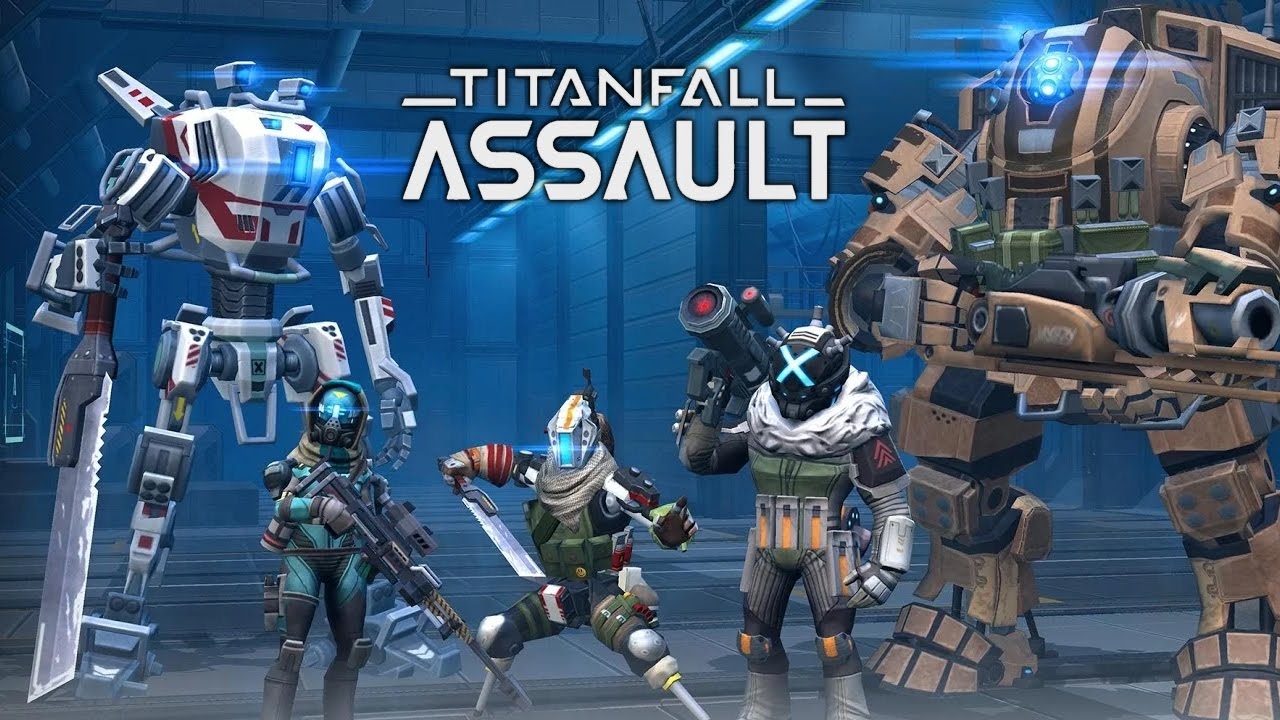 “Put your combat skills to the test by unleashing a powerful arsenal of Titans and Pilots, including units from Titanfall 2 plus brand new specialized units only for the mobile game. Deploy Sim Ninja, Boomer, Ion, Scorch and more onto the battlefield to fight for control of the Frontier. Collect and upgrade dozens of cards including tactical Burn Cards, which provide powerful support.”

Similar to previous titles of the same name, Titanfall: Assault is a fast-paced real-time strategy game where players can compete to assemble an amazing deck of Pilots, Titans and much more. As the main gameplayer, you adopt the role of a field commander of the Interstellar Manufacturing Corporation as they fight to claim victory as the champion in the Frontier Wars.

Create or join a guild to play and strategize with friends, earn Victory points for your battlefield dominance. And fight across multiple maps that extend the dynamic Titanfall universe.

The gameplay for Titanfall: Assault is similar to Star Wars: Force Arena. You have to collect cards to build the strongest deck you can before launching into epic PvP battles. Using an ‘action meter’ players tap on units, burn cards and Titans to deploy them in a variety of maps which vary in terrain and size.

On these maps, there are three “Hardpoints” which can be captured and act as a holding ground and the main base for your players. Capturing a neutral Hardpoint or neutralizing an enemy Hardpoint with any friendly unit takes about five seconds, and victory will be achieved when a player reaches 100 points. Players can also instantly win a match by pushing forward into the enemy base and destroying the Heavy Turret situated there. But destroying the other team’s base is much easier to do.

Each player has a deck of pilots, support cards, and Titans. Like Hearthstone, each character has a cost associated with it that is tied to a constantly refilling energy meter and pilots and Titans can only be in the playing field one at a time. You will spend a lot of your time building a deck – well, what else did you expect from a card game? You will unlock more and better cards as you proceed in the game and win battles. While building your deck, you must remember a few things. Know where your cards are, study the cards well and play around some practice matches to familiarize yourself with different card types.

The similarity to Clash of the Titans

By just looking at the screenshots of the game on the app store, it may be difficult to tell that Titanfall: Assault has some similarities to Clash Royale. It’s got an eye-catching sci-fi aesthetic and it involves trying to capture points on a map rather than only destroying towers. However, it is still a game about collecting cards, using them to build an army and deploying them strategically in real-time against an enemy player.

The other small difference is that some cards can only be played at certain points in a match. Basically, only your gigantic Titans can only be deployed a minute into the match. There are also multiple maps that change throughout the course of a match and they provide alternate paths for your units to follow.

The graphics are okay – I mean, they’re pretty normal for a mobile game. You can’t really get any worse than these graphics. Otherwise, it’s obvious that your app game is a really low budget.

The music, like expected from a game of this genre, is very Clash of Clans-esque and makes you feel determined and like a true warrior. I love the start-up music when you first enter the Titanfall: Assault, it reminds me of Game of Thrones. When you enter a game, you have someone speaking to you and saying ” We’re counting on you, Commander. Good luck.” and other cool phrases. Depending on what Titan or Pilot you place onto the gaming pitch, they will also say their own catchphrase. You can also hear the sound of ships going past when they drop off a Titan. The overall sounds and music featured in Titanfall: Assault make the whole gameplay so much more enjoyable and lifelike.

The controls are simple. All you have to do is drag your chosen card onto the gaming pitch. They will do the rest of the work for you. You also drag across the screen to check up on your Titans and enemies. In the bottom lefthand corner there is a chat symbol. Here, you can send ready-made phrases or emojis to your enemy. Apart from that, there’s not really much else to do in terms of controlling your Titans. Just make sure your base isn’t destroyed.

This game is definitely pay-to-win, unfortunately. However, they do have some goodies in the store.

The verdict? Well, I enjoyed this game. It’s not the best. But it’s good. And it’s a great little free game for fans of the Titanfall game on Xbox.

The only thing I didn’t enjoy about Titanfall: Assault is that you don’t have any controls of the Titans. All you do is place them on the gaming pitch at the right time and hope for the best. I think allowing more control of the Titans will make the game even more enjoyable and easier to play for a long period of time, rather than just for a few minutes.

But then again, you have to pay to win anyway so it’s doubtful that you’ll be playing this for a long time if you don’t put any real cash into it.

Apart from that, I’d definitely continue playing this game in the future and recommend it to a friend.