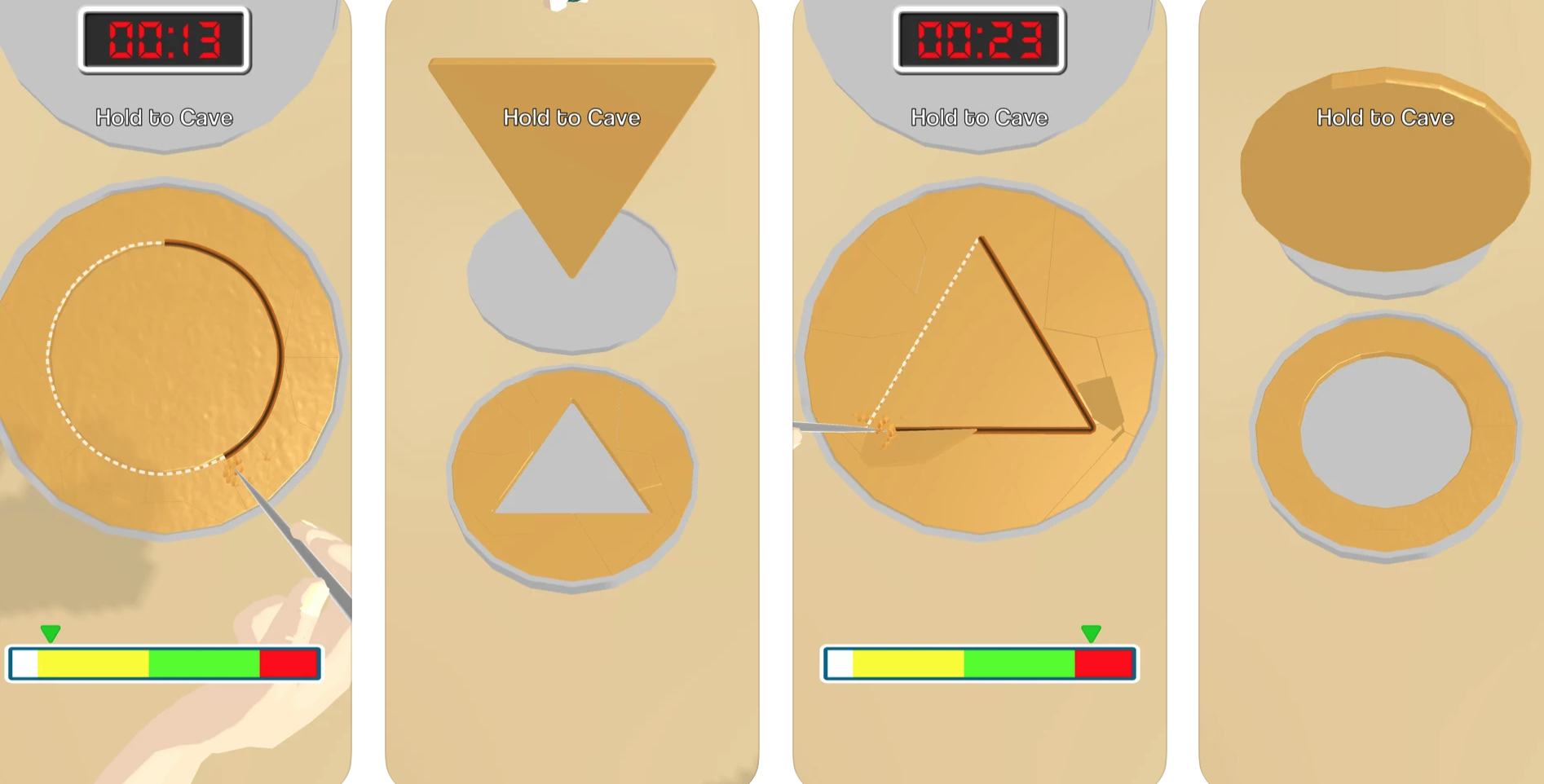 You will play many different games! Don’t worry, if you pay attention you might be the ultimate survivor!

There are levels that bring childhood games back to you!

Be careful or FAIL!”

There seems to be an influx of Squid Game-themed games on the app store, not that we’re surprised. Squid Game has officially become Netflix’s biggest hit, meaning it’s bound to have some fans replicating the games the characters played!

We’ve already reviewed Squid Game Challenge which we rated a 3/5, will Survival Challenge 3D be any better?

Much like the TV show, this game starts off with the famous children’s game Red Light, Green Light. It plays exactly like you’d imagine it does, it was just a little too easy in my eyes.

As for the other games, they’re exactly the same as the games played in the show, and I think that’s awesome. On a negative, the game doesn’t last very long and once you’ve finished Stepping Stones, the game resets without much of a warning.

If you have a look at the gameplay video, you’ll see it only took me 2 minutes and 40 seconds to complete.

The graphics are where things go pretty downhill. Squid Game Challenge managed to replicate the characters, even using the same creepy doll during Red Light, Green Light however this game did not. The guards are also army soldiers, which is completely different from the guys in the red suits from the show. A lot of work needs to be done here!

Unfortunately another negative: there’s no sound. If you’ve been following our reviews for a long time, you’ll know that I think muted games are lazy. It completely ruins the whole vibe, not to mention the ads give you a fright because they actually have sound.

The controls consist of a lot of tapping and dragging… There’s not much else to say apart from they’re easy to get used to.

Strangely enough, there are no in-app purchases available in Survival Challenge 3D which is a shame because of how many pop-up ads there are. It would be nice to have the option to pay to get rid of them if we really wanted to.

Survival Challenge 3D was good, but not better than Squid Game Challenge. The graphics and lack of audio are its biggest downfall and I just couldn’t get used to it.

If you decide to download Survival Challenge 3D, let us know what you think and if you agree or disagree with any of the things we said. Happy gaming and stay casual!