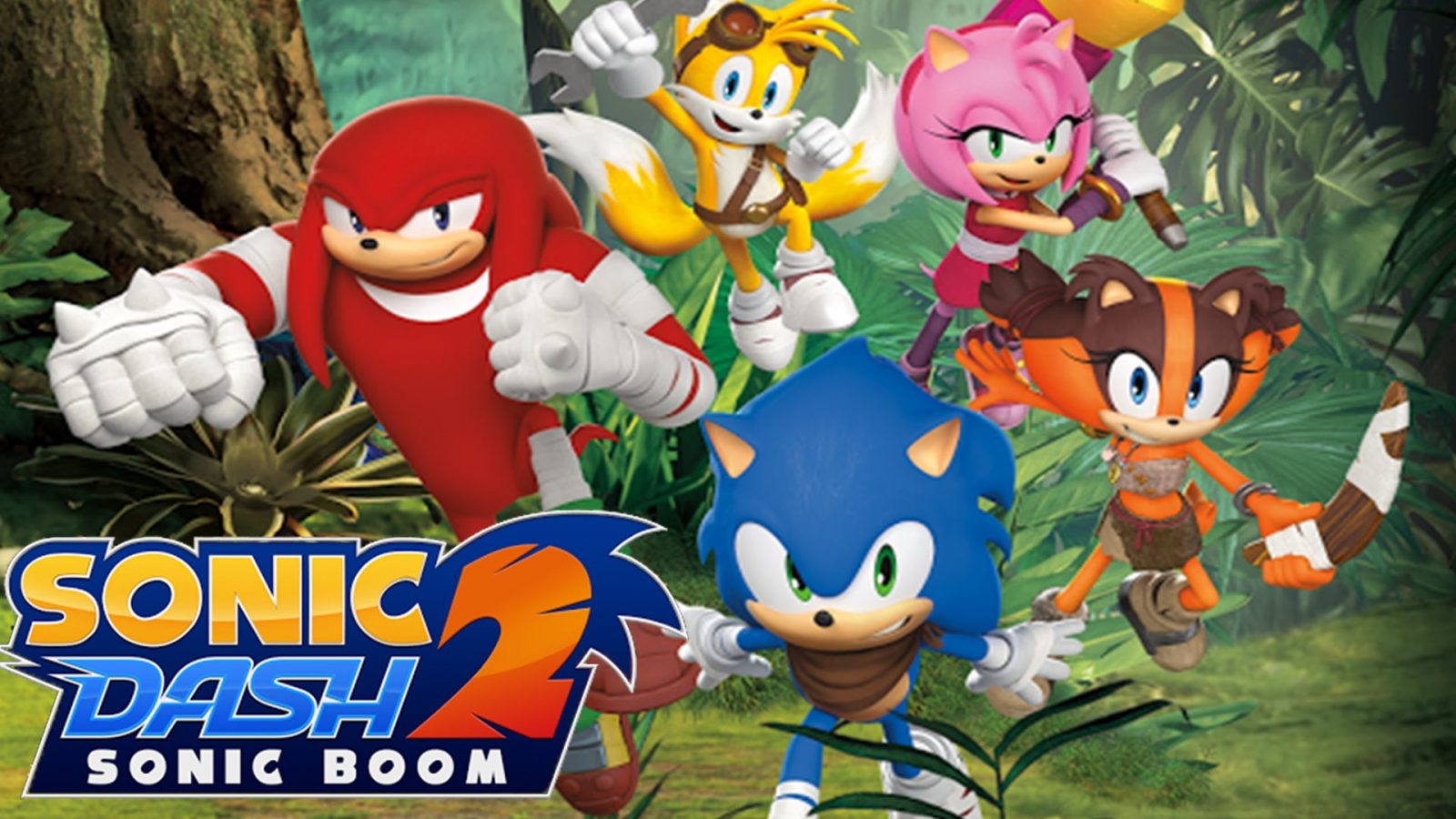 New and amazing 3D worlds, challenges and game play. Play as Sonic the Hedgehog, Tails, Amy, Knuckles, Sticks and Shadow. Let’s do this!

MASTER new Swing & Tilt gameplay with the super charged Enerbeam; tilt your device to swing the runner towards the rings and orbs

LEADERBOARDS let you compete against the world

NEW characters, levels, player events and more on the way

Today on The Casual App Gamer, we’re going to be reviewing Sonic Dash 2: Sonic Boom. This is the sequel to Sonic Dash that was widely popular a couple of years ago – I even tried it myself and liked it. So I thought reviewing this would be a good idea to see if it lives up to the first Sonic Dash.

Just like the first game, Sonic Dash 2 is based on defeating Dr. Eggman. Sonic is the first to run, and then you get the option to unlock his friends: Knuckles, Tails, Amy, and Sticks. You run automatically and you switch lanes by swiping the screen – it’s a fairly simple process. Swiping up or down makes you roll and jump, which attacks any enemies in your way. Each character is unique in its own way with its special abilities which helps them deal with the challenges they face on the track. Once you get to a new part of the track, you can decide which character you want to run based on their ability. There are also many hazards you need to watch out for like electric traps, trees, enemies, and pits.

On top of this, there are also cool collectibles that are similar to the console version, with magnets, game coins, and temporary invulnerability. Cool!

The graphics are great – they don’t look far off of the graphics from the Sonic Boom show. The whole set up in itself reminds me of Subway Surfers – the way that you’re behind the character and need to swipe to collect things and avoid things. I really do like the way things are laid out, but upon researching, hardcore Sonic fans do not agree.

To be honest with you, the music is annoying as hell. It’s got that generic sonic app music to it (NOT like the console version music) and I just wasn’t a fan. Luckily, there is an option to turn the music on as I couldn’t be bothered to deal with it. The characters don’t really make much noise either which is disappointing. I definitely wasn’t a fan of this aspect of Sonic Dash 2.

As I said earlier in this article, the controls are fairly simple in terms of all you really have to do is swipe, jump, and duck. I guess it could be a little more interesting than that but like I’ve said in other reviews, having too many controls just over complicates the games and I just end up deleting them.

Here are the prices of what you can purchase in Sonic Dash 2:

It’s unlikely that purchasing anything from the shop is going to get you further because there aren’t really any levels anyway. And I doubt anyone has finished this game either – it just doesn’t seem like the type of game you finish.

The verdict? I like the concept of the game a lot. I like that it’s something that you can easily play in a spare 5 minutes and it’s not really a game you can get addicted to either (but in a good way). If I was to keep this game, I would definitely play it during my work breaks as I think that’s a smart way to go about it.

The graphics are great as I’ve said as I personally think it represents Sonic really well, despite what everyone thinks. Hey, this is my review, not yours!;) But the only thing I can’t deal with is the ads that constantly pop up and the music. I know, I know, I could’ve paid to remove the ads – but not everyone is going to want to do that. Most people just want a quick free mobile game they can play without being bombarded with ‘Episode’ ads all the time.

In my personal opinion, I do think this is more aimed at the younger Sonic target demographic as to an older fan like me as it’s quite bright, cartoony and is based on a show that was made only 4 years ago (and surprise, I’ve never seen it).