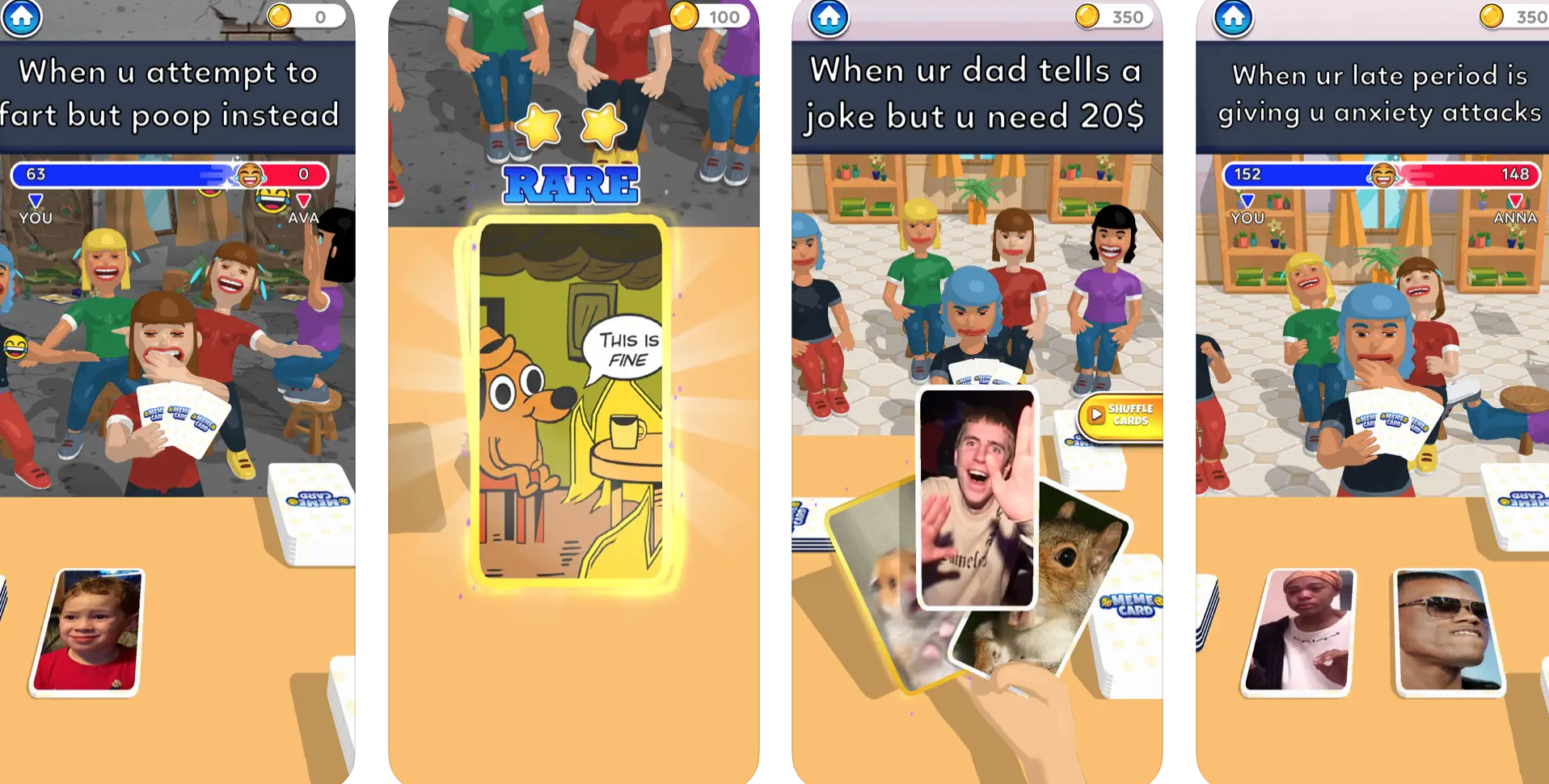 “This is a meme challenge game you can play with funny memes to compete with others. Memes can be funny videos, vids, gifs.

One definition says that memes are to culture as DNA is to life. Funny gifs will make you LOL. Try to make everybody laugh to win this Meme Challenge!

I love a good meme, who doesn’t? They’ve changed the internet for the better for about a decade now and there’s finally an app game where you can show off your faves.

Meme Challenge is a card game (think Cards Against Humanity but less offensive) where you’re given a statement and you have to match your meme card to make the funniest one. The audience’s laugh depends on whether you win or not.

I thought the idea of this gameplay was genius, I just absolutely hate the way everything looks, but we’ll get into that more soon…

The graphics were just boring and completely turned me off the game. They’re basic, lag, and just look ugly. The visuals have had absolutely no thought put into them, and in my opinion, it’s pretty damn important.

The sounds throughout the game were infuriating. There’s no music in the background, meaning you get the scare of your life when an ad appears. The only sound in the game is the laughter of the audience which is the same audio clip over and over again.

To match the statement at the top of the screen, you’re given a few cards that all have memes on them. Simply drag the card up to play it and wait for the audience to cast their votes.

This game doesn’t support in-app purchases, which is slightly odd for a free game. However, you can spin the Wheel of Luck for daily rewards and even get an extra spin as long as you watch an ad. I can’t quite understand free games with no in-app purchases, especially when the gameplay is littered with ads like this one.

The concept was great, but the delivery was not so much. If you’re looking for a card game with a billion ads in it then by all means give Meme Challenge a go. However, it won’t be staying on my phone.

If you decide to download Meme Challenge, let us know what you think and if you agree or disagree with the things we said. Happy gaming and stay casual!