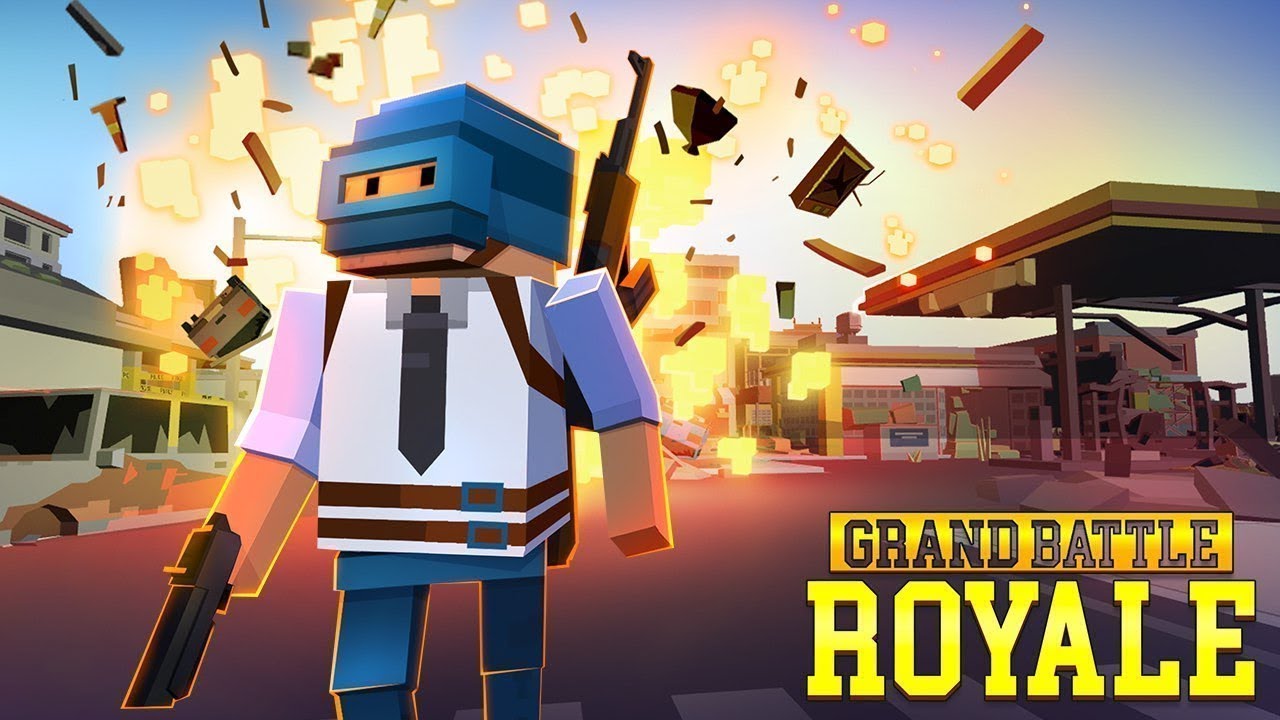 Jump out of the survival plane on the dead island, find the best loot, kill the enemies. Players are spread around the island unarmed and must find and use various weapons and items to eliminate opponents. Find the best weapons you can: Assault Rifle, pixel gun, smg, shotguns, and other weapons. Dominate the battlefield by taking on each opponent and become the last survivor #1! Grab your pixel gun and get shooting!

This game has 3 game modes:

The location of the battlegrounds is a distant island with a dead city somewhere in the sea surrounded by a mysterious Blue Zone. Your main task is to stay inside the safe zone and eliminate all your enemies.

Players on one team hide as a Prop from other players in any room or try to escape! Simply swap and become any kind of hidden object — a bottle, a chair, a toaster, or even a fridge. Hunt the hidden props as a Hunter by finding and shooting at them! Action-shooter gameplay in the popular Prop Hunt genre.

We’re back with yet another battle royale game to see if they live up to PUBG Mobile and Fortnite. Grand Battle Royale is a blocky pixel game with similarities to Minecraft so I thought it looked like a decent game. Because as you know, we’ve gone through some pretty bad battle royale games.

The gameplay is definitely interesting. The first thing I noticed is that it’s on a much smaller scale than other battle royale games I’ve played. For example, there are about 20 people in a match, whereas PUBG has about 100, the map is much smaller and you can’t run nearly as fast. All of these are pretty big deal breakers in my eyes.

One of the things I love about battle royale games is they can last a pretty long time if you’re good at hiding and shooting down players quickly, but there aren’t any good hiding spots in Grand Battle Royale so you’re almost always exposed.

Although the graphics aren’t quite on the same level as other battle royale games, it’s done on purpose. The graphics are supposed to be blocky pixel themed and honestly, I like it. I know it’s quite controversial but I think it works well in a game of this genre, but I’ve got to say I prefer more detailed graphics in general.

As for the sounds, during the gameplay, you can hear yours and other player’s footsteps. This helps you identify enemies coming towards so you can take them down. There’s no music so I was thankful because it would’ve too much at once.

The controls are where everything goes a bit downhill. As I said before, you can’t run very fast which definitely makes a big difference when it comes to escaping players shooting at you.

Another big deal breaker is the fact shooting at other players is extremely tricky. I found it so hard to aim at players because the controls are all in awkward places. As an update, an auto-shoot option would be more sufficient.

£9.99 to claim all rewards you’ve earned

There’s a lot of in-app purchases, however, I think the VIP package is the best deal. For only £2.99 a month you can get 4 amazing perks rather than constantly spending money for extra rewards.

Grand Battle Royale has a lot of potential to be a good game, but the fiddly controls make me not want to continue playing. I understand that not all Battle Royale games can be as good as PUBG Mobile for many reasons, however, it just isn’t for me.

If you decide to download Grand Battle Royale, let us know what you think and if you agree or disagree with the things we said. Happy gaming and stay casual!